“It’s a sexy camera” my brother in law said to me while looking at it. Indeed it is, just looking at it makes you drool! But the question is, is the camera only looks or there’s more to meet the eye? Read my Nikon V3 review to find out.

Nikon and I go a long way, my first serious camera was a Nikon D80 that I remember fondly, made great images with it. Afterwards I got lost in mirrorless cameras, all I can say is getting the Nikon v3 only reminds me of how Nikon can make cameras! 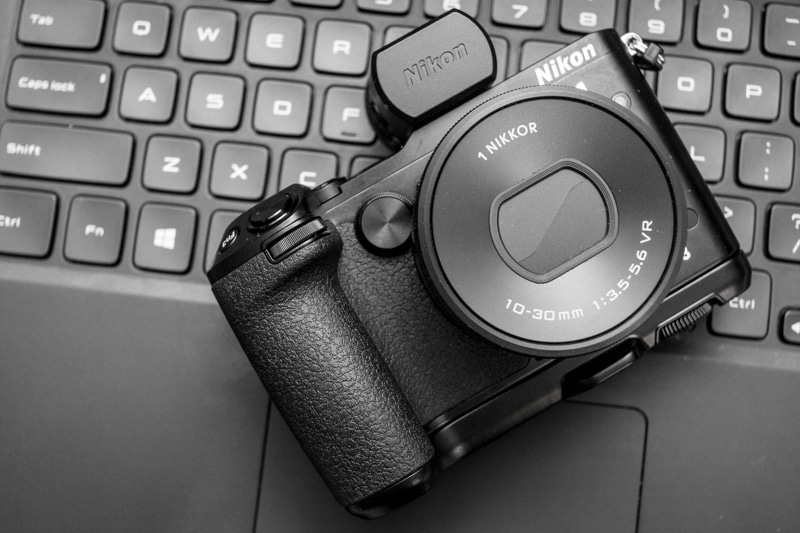 I have no experience with the Nikon 1 system, but I didn’t need a math degree to figure out that the Nikon v3 is the top of the line model of the system. La creme de la creme. I needed to get my hands on it, and I did 🙂

Review Policy
The camera I had was graciously supplied by B&H but I am free to express my opinions of the camera, yes they are THAT awesome. I always get my stuff from them and always was please. When get a camera to review, I make my best to help you understand how it feels to use the camera. I make it mine for the duration of the review, meaning I process the images my way, with more straight full size samples provided for you to judge for yourself the image capabilities of the camera. Cool beans? Let’s dig in…

You can get the Nikon v3 as body only or as a kit. Here I will be reviewing the kit, it includes a nice grip, a 10-30mm (actual: 27-81mm) lens and a viewfinder. Let me cut to the chase, if you can, get the kit, it’s a lot of extras that make the camera better and it stands on it’s own without extra lenses. 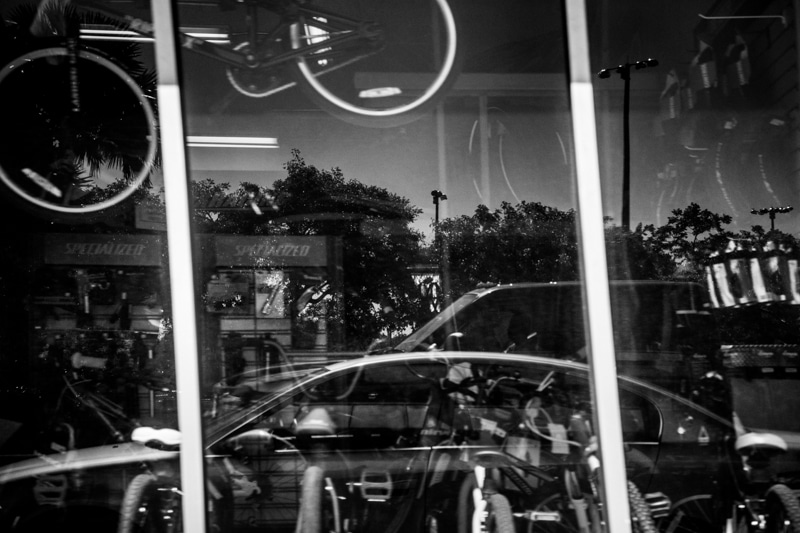 The viewfinder doesn’t move but it’s great. It’s one of the better one I’ve seen. It’s crisp, clear and very rich. I just held it up against a NEX7, it’s in my opinion much better. When it comes to viewfinders they are usually made of much more inferior screen….. 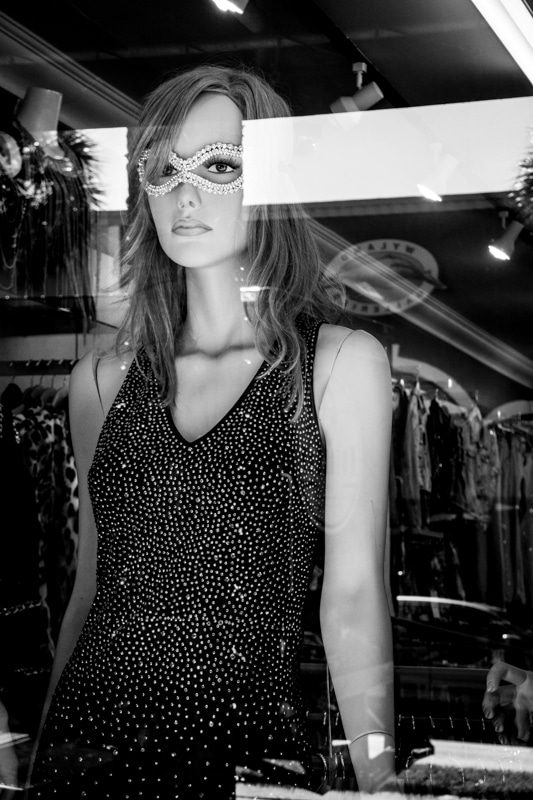 But the V3’s viewfinder, while the blacks aren’t as black as thee screen, and while the resolution is inferior, going from one or the other isn’t as contrasting. There’s usually a pause that happens when you go from screen to viewfinder, almost a small set back because you eye has to adjust at the new screen quality. The switch is pretty seamless in the Nikon. 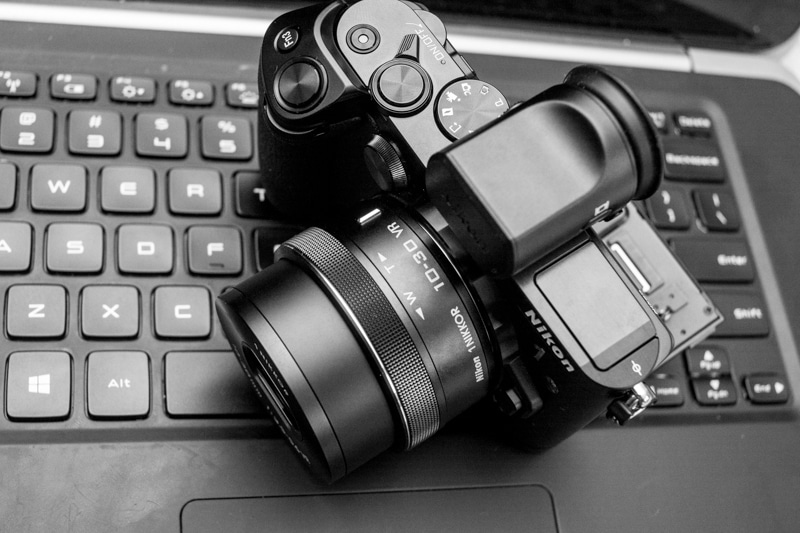 I think grips are one of the most important factors in cameras, but they are often overlooked. If you are going to spend lots of time with your camera, it better feel good in your hands. The external grip (included in the kit) makes the camera much better in two ways, not only it allows you to hold the camera better but it also adds extra buttons to the camera. 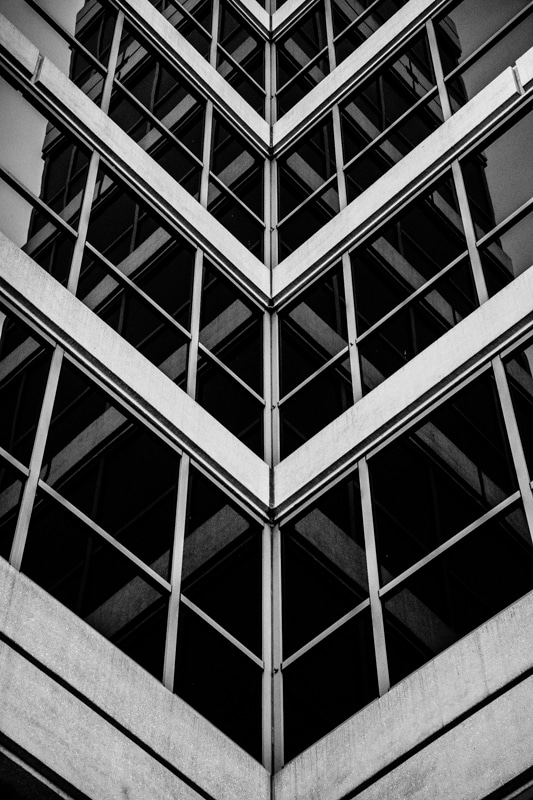 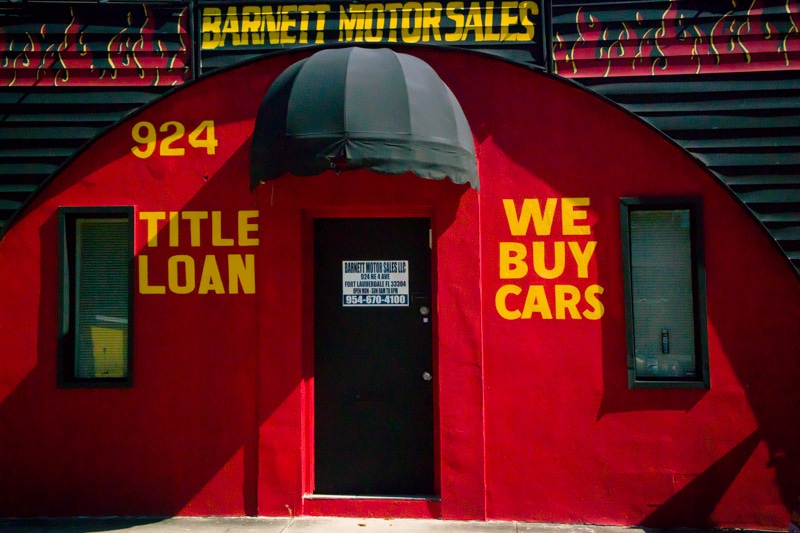 The grips also adds a dial in the front, again in DSLR fashion. It makes the camera operate like one, especially if you are used to the two dials system. But wait there’s more! It also adds another function button to customize. 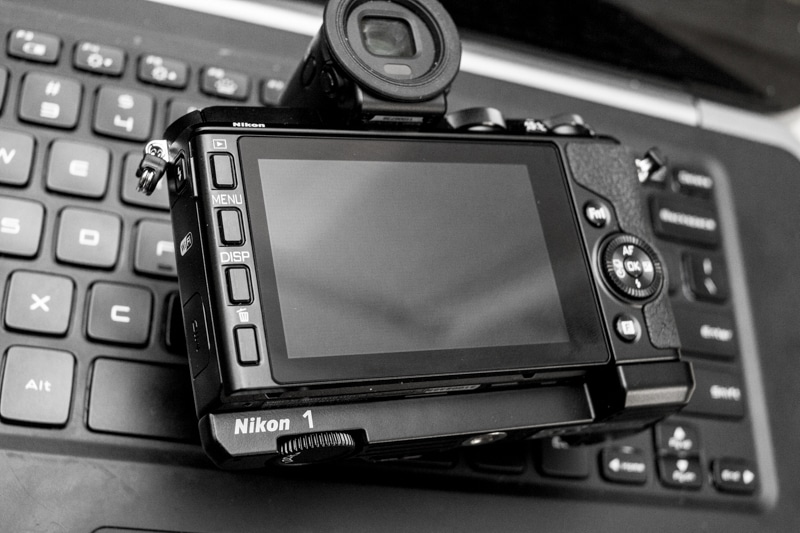 The screen is quite something, sharp, clear, detailed. It’s glossy but very sexy. It’s high end and you know it when it turns on.  It’s also a multitouch screen, meaning it has stuff like pinch to zoom just like a smartphone screen. It can flip down and use the camera like a twin lens reflex, but the screen can also be put near the bottom of the camera for those high angle shots. 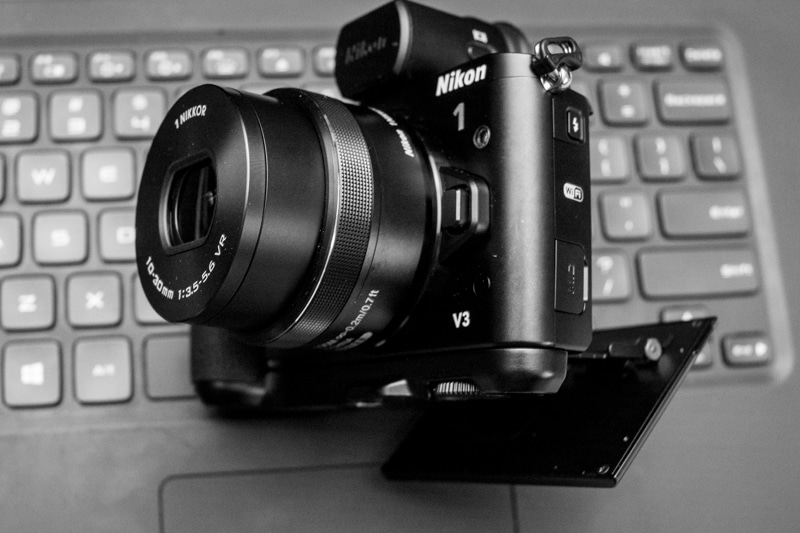 The kit lens
Kit lenses usually get a bad rap for being slow and not sharp. This is a pretty stellar kit lens in my opinion, good for a lot of situations. Plus the killer feature is the close focus capabilities. Sure this is no macro lens (not sold as one either) but it does focus pretty close, see here: 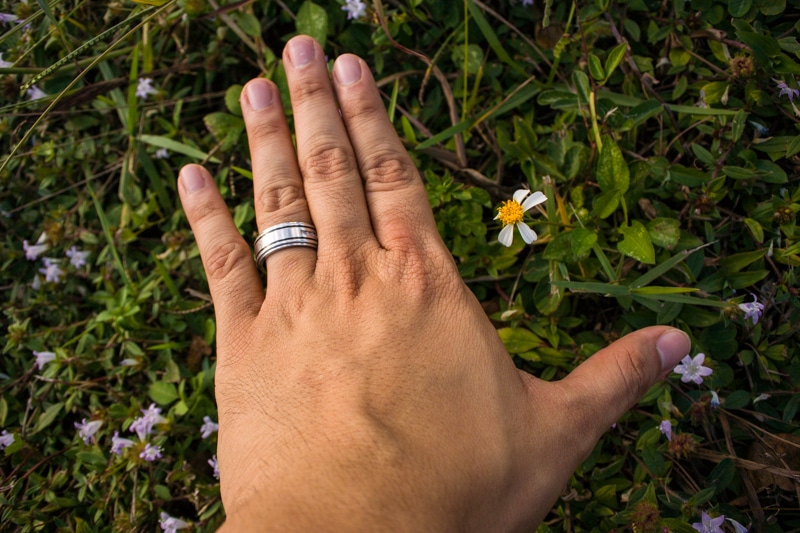 And as close as I could get: 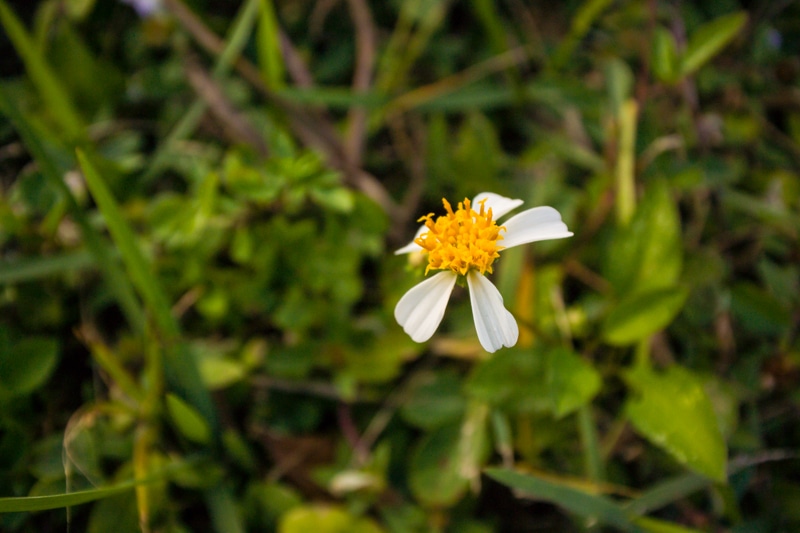 Pretty impressive considering this is a KIT lens. Here’s some more thoughtful shots: 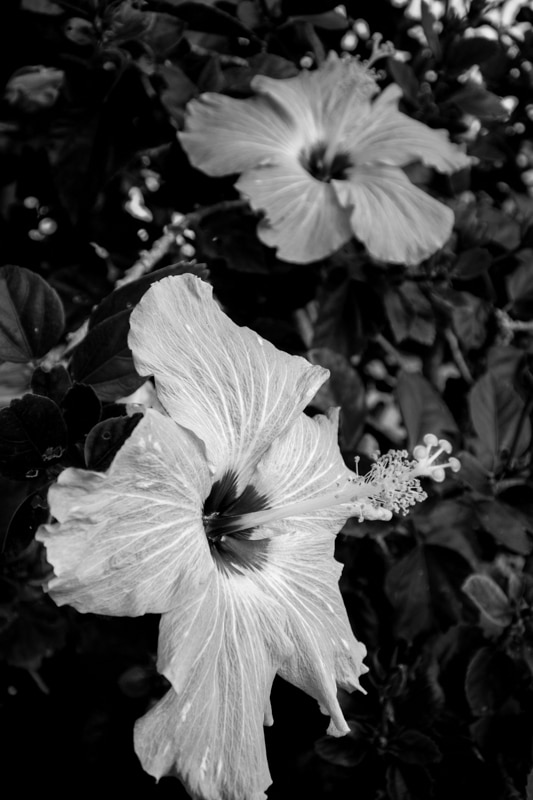 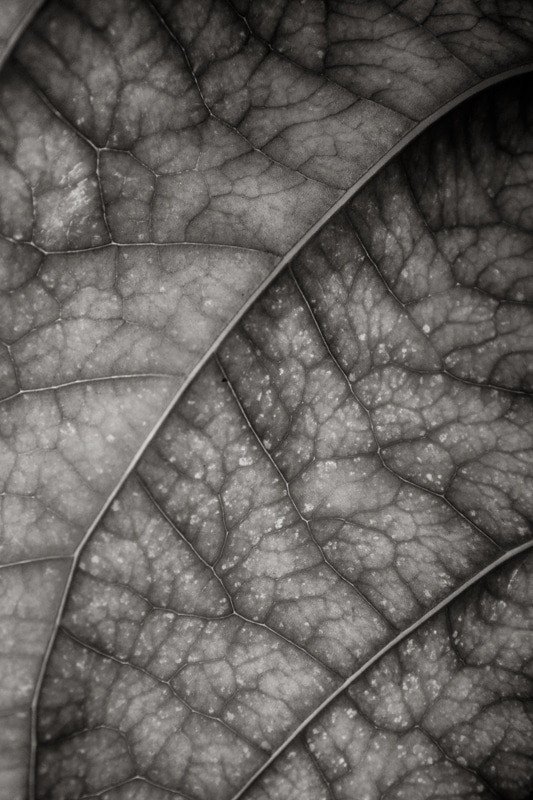 Here’s a quick shot to compare the size of the camera against my old Ricoh GRD IV: 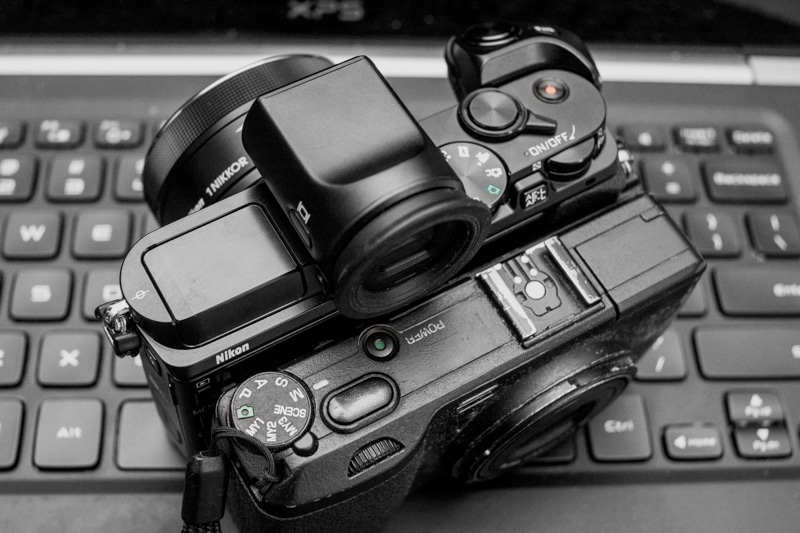 After raving for just the grip, you can guess it, the overall ergonomics are pretty spot on, it’s a joy to hold and use the camera. I can’t find anything wrong with it. Maybe the fact that the external grip needs to be removed to replace the battery? Oh and by the way the card is removed from the right, so no removing the grip for that. Sounds simple but lots of camera get it wrong. 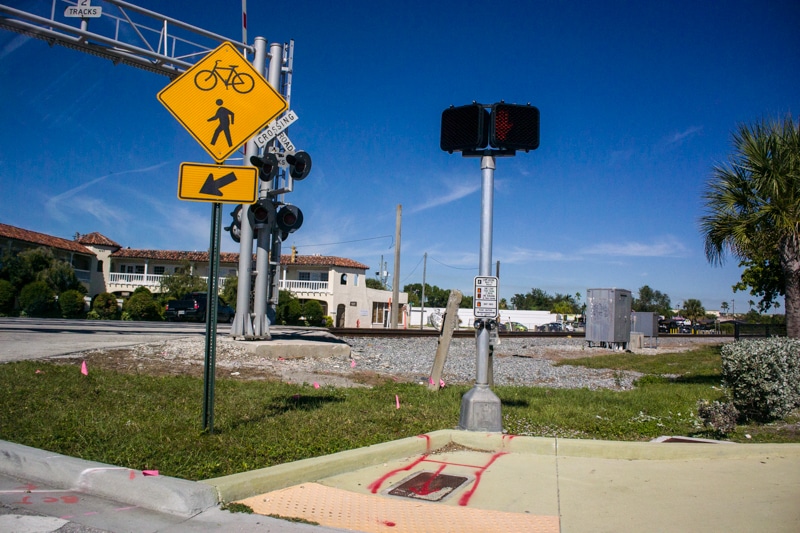 Speaking of cards, it takes micro SD cards (the ones usually found in smartphones), so to put the images on your computer you either go trough wifi, or get a micro sd card to sd card adapter or you can always use a micro USB cable (the one most smartphones use). The camera itself is not pocketable, and the viewfinder adds some bulk and so does the grip but it’s overall very portable. 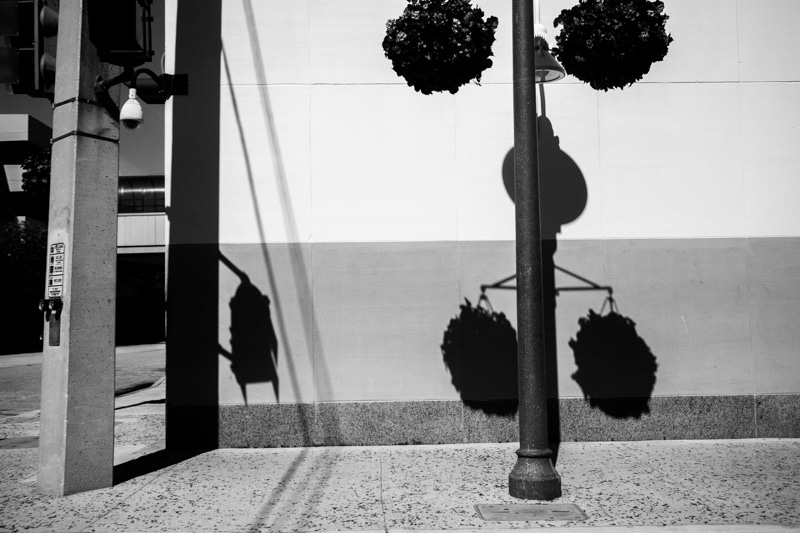 One last thing, the hotshoe in this camera is NOT a standard hotshoe so your non proprietary flash won’t mount on it

The way the camera handles and shoots, you’d never guess it’s a 1 inch sensor. You kinda feel powerful when you shoot it. But that’s just a feeling, isn’t it?

Well actually it’s not. The sensor is pretty amazing considering it’s size. It holds pretty well to 3200 in my opinion. I wanted to know where this camera was in terms of image quality, so I put it against my Nex7. It was supposed to be an unfair match, an APSC sensor (Nex7) versus a measely Nikon V3. Dang it, look for yourself:

Hum. You’ve come a long way, baby? The Nex7 had a Voigtlander 35 lens on it. While I like the more organic look of the NEX7, no one can deny the revolving power and sharpness of the Nikon v3 with kit lens. 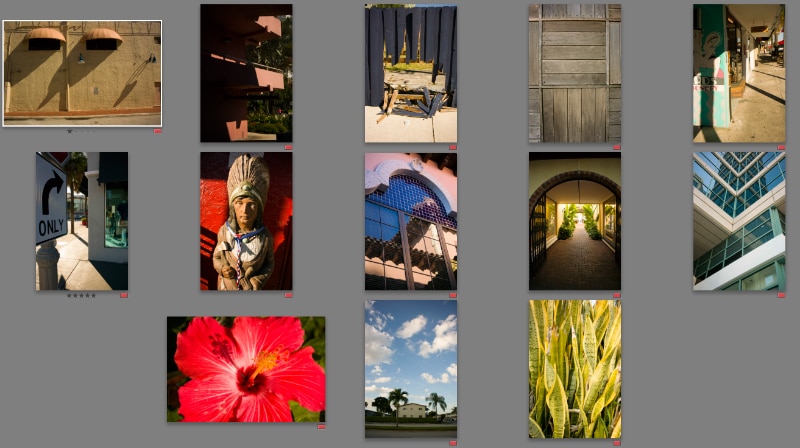 Autofocus
The Nikon V3s autofocus…..is so fast as to be negligeable. That thing is fast as a speeding bullet, probably faster than an OMD. It usually knows what you want in focus and focuses accordingly and there are lots of focusing points, or you can just touch the screen to set your focus (can be turned off). 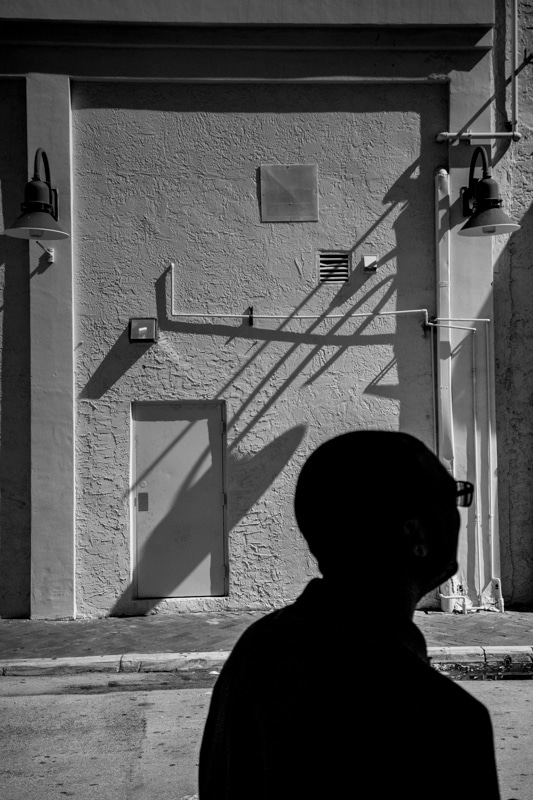 There is a focusing scale on this camera but it’s imprecise with no actual numbers, it’s a bar with a flower icon (close) and an infinity symbol (far). But that’s actually all you need! 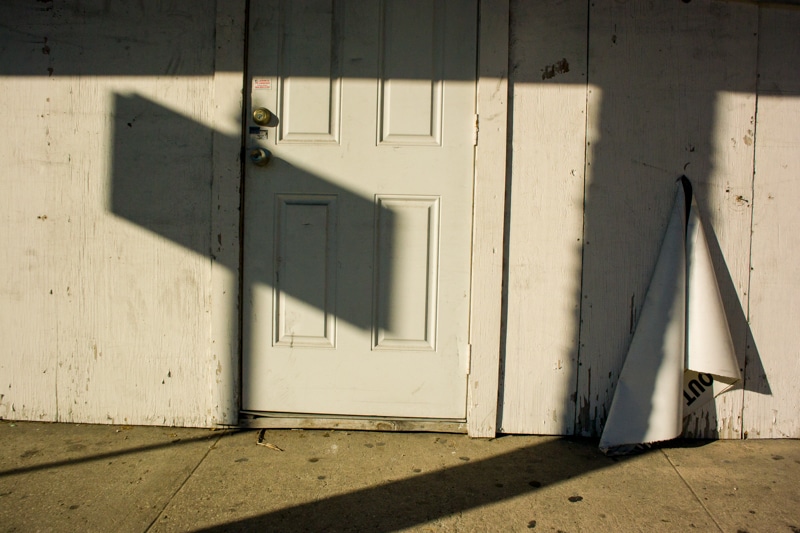 On the wide end, put the camera on manual focus and make sure the bar touches the infinity mark and put your aperture at 5.6 or 8. I don’t know what the close focus is (I’m guessing about a meter) is but its tremendous depth of field, great for street. 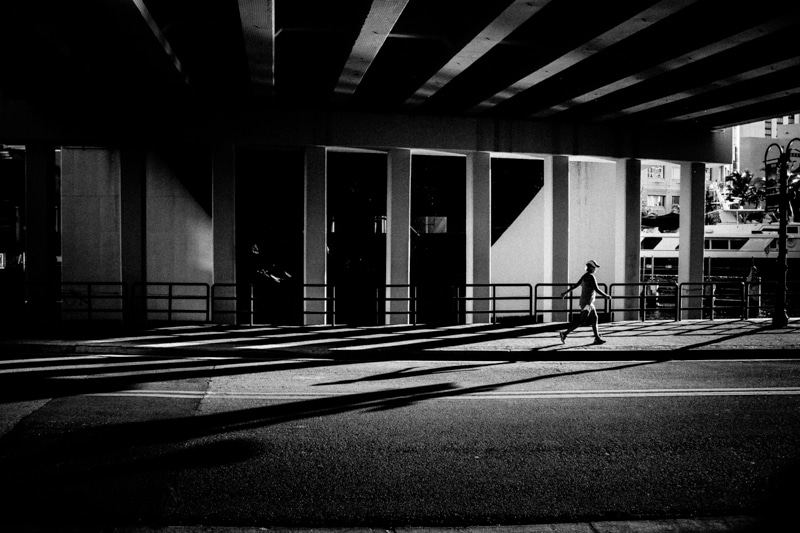 Monochrome Mode
The Nikon also has a monochrome mode like it’s little brother. There’s lots of settings you can change, but overall I feel it’s a bit more tame and less gritty than the p7800. But the good thing is that you can pop the monochromes in RAW+JPGs so that you have a JPG to publish on the spot and a RAW to get deeper with.

A cheater’s camera
Ever played Contra for the NES? It’s a game where you go out and shoot everything that moves to beat the aliens. It’s pretty well known. 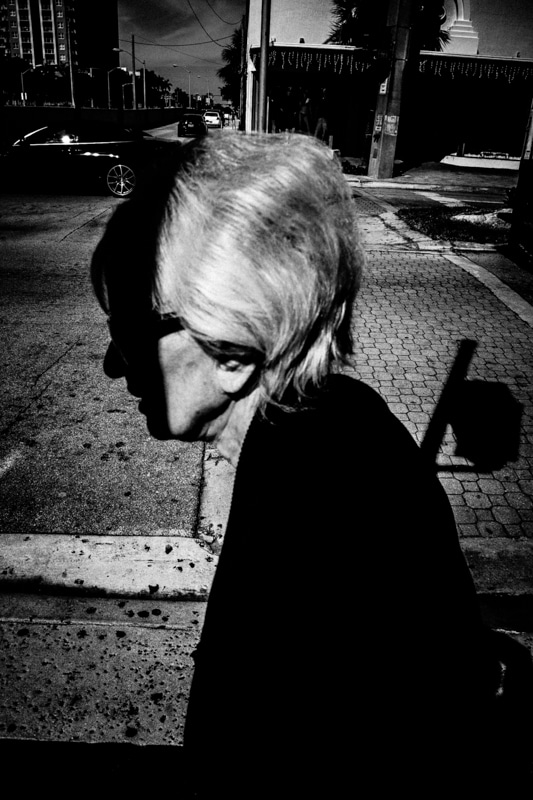 But why am I talking about it? Because it’s HARD. Bullets come at you from every direction, take one hit and you are dead. But I finished the game in my third try. How? I cheated by putting in extra lives.

This is the closest analogy I can think of when using this camera. You know, normally if you miss a shot it’s gone foerever….except if you somehow have a cheat code. That camera has some cheat codes all right, it’s called frames per second. It’s scary. 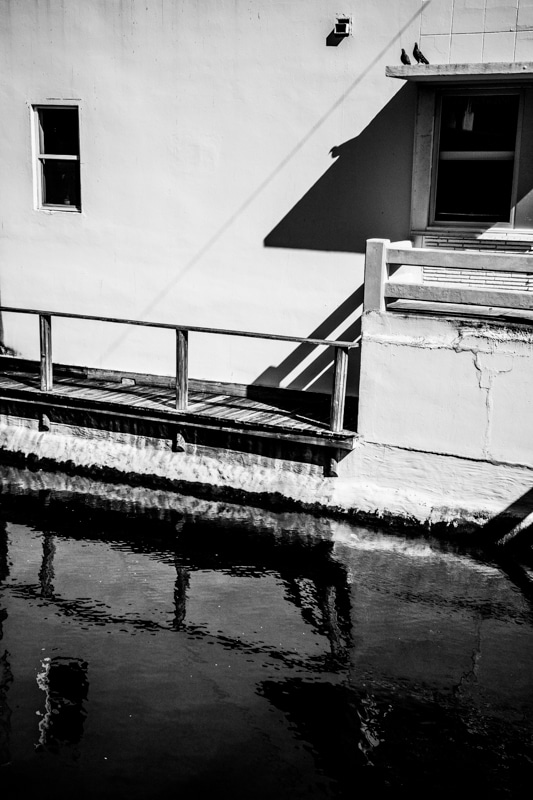 Normally current cameras allow you to burst 10 or so shots by pressing the shutter release once. Or you can shoot a single frame and get about 5-8, all depending on the camera. This camera with my class 10 card gave me 42 shots one after the other. 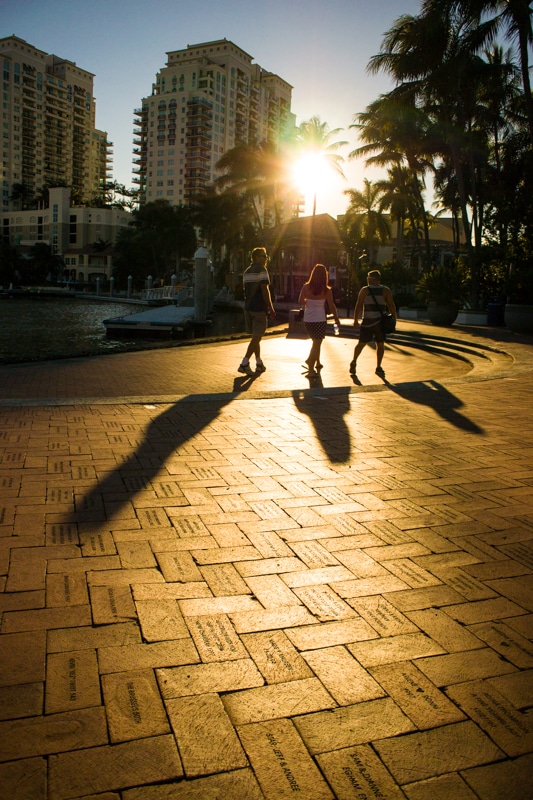 Good grief it’s almost impossible to miss a shot. In order to demonstrate what I mean, I made a little animation (about 10 shots):

But bear in mind that this is in single shot mode. My goodness, color me impressed. In the animation above, I am trying to simulate how it is to use the camera, the color shots I don’t care for but the BW ones are the ones I would use. You can see that this camera can be a real asset for street photography where every moment counts.  There’s a burst mode that allows you to do up to 60 frames per second. 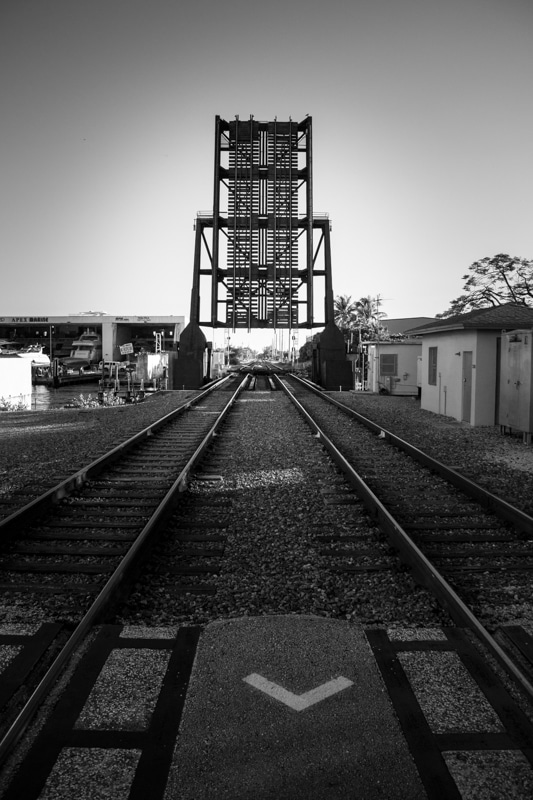 When I first turned it on and press the shutter release, I believed the camera just made 1 shot. And I was trying to guess what went wrong….Only to realize that the camera indeed recorded 60 frames before I could blink! Here’s what 30 fps will give you (shot 60, cut to half and made smaller to save memory):

Yes the focus followed the car 🙂 Perfect for sports, or kids who got born in wombs filled with red bull. I takes a while to be able to shoot again because the camera has to offload all the shots to the memory card but still!

But even more impressive is the best shot mode. Basically you shoot a frame and you will see a set of bars on top of it…..as you scroll you will see very small changes in the image…the camera having recorded a bunch of frames and is waiting for you to select the one to keep.

It’s like a selective burst mode, and since you only select one image to be saved you can go back to shooting faster. With all the options to get the best shot, it’s almost like cheating!

But wait, you’re going to tell me. This is all fine and dandy, but it’s going to give you JPGs right? Wellllllllllllll…..No. I have no idea how Nikon accomplished this but in the burst modes it gives you RAW files. 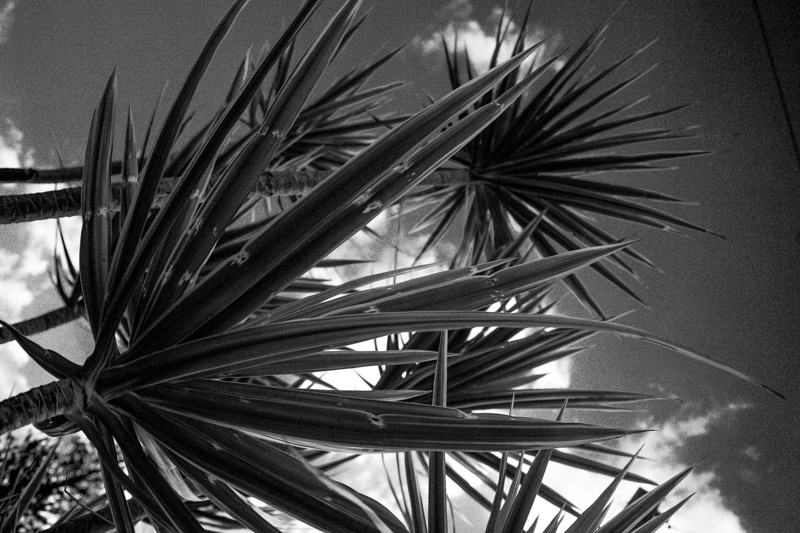 RAW bleeping files in burst mode? How do you even DO that? I have no clue. All I know is that the Nikon V3 is so good, it’s scary.

In a nutshell the Nikon V3 is pretty much the kind of camera that will handle everything you throw at it. It’s got everything going for it it’s good looking, has great image quality, handles great and is blazing fast. It’s one of the most impressive cameras I’ve used in a while. A gem. Be yourself, stay focused and keep on shooting.

Where to get it

P.S: If you are new to photography, take the free photography course to get you up to speed with the camera after you buy it

9 thoughts on “Nikon 1v3 review: A marvel of a camera”