The camera phone is now everywhere. Everyone has one, but to be honest these are more like phone-cameras than camera-phones. Most photographers I know want a CAMERA-phone rather than a phone-camera. Phone-cameras are phones first, cameras second while camera-phones are cameras first, phones second.

And then one day, out of nowhere, Panasonic came out with the Panasonic CM1, a phone that looked more like a camera than a phone. Even better, it had a one inch sensor, making it one of the larges sensors for such a small camera on the market. It even had a dial on the front that could change settings.

Who cares if the thing could make calls, THE reason why this devices was attractive was Android, and with it came the dream of all photographers: To have a no-compromise devices that could shoot, edit and publish all at the same time. Just imagine, no more Lightroom because Lightroom is IN the phone itself! You could shoot, edit just like you would on a computer and publish right then and there.

As you can see in my review, the CM1 is quite flawed. It's sluggish, out of the box there was no support for the raw files, and Lightroom mobile wasn't quite out there yet for Android. But I didn't care, I LOVED my CM1. It died more often than I would have liked, and I didn't shoot street photography with it, but it had a certain flair to it that phones nowadays can match, or probably won't ever match.

Yes it was flawed, but there was a certain zen to it's slowness and it's operation that made it a sort of guilty-pleasure camera. Shame that there will probably won't be any Panasonic CM2. Because phones are boring nowadays, no one wants to do something crazy like the CM1 anymore, risking millions to have it flop. Let's toast to the CM1, one of the most unique cameras, ever. 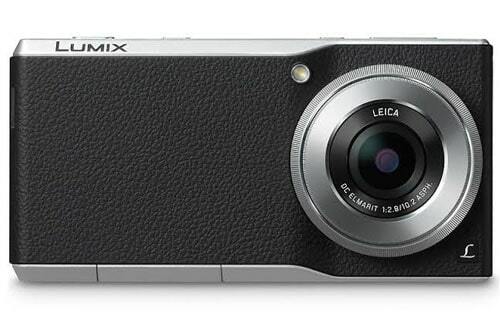 You are reading a page about the Panasonic CM1 on Inspired Eye. Menu:

Products to check out

Your camera is only as good as you are. Here are our photography related products to check out: