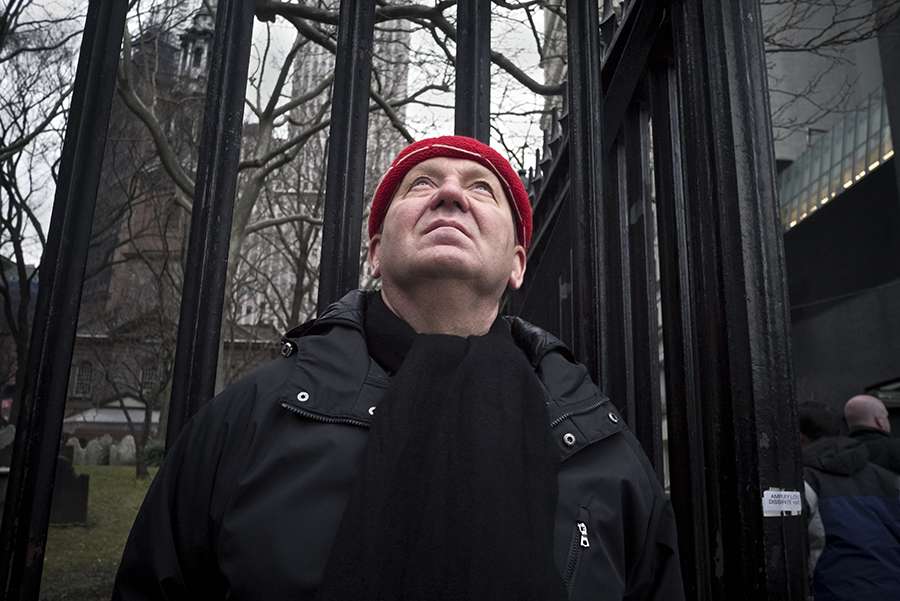 Keith Goldstein sent me his project named “Looking on, Watching the Building of the Freedom Towers”.  Here's a selection of his images and a few questions. 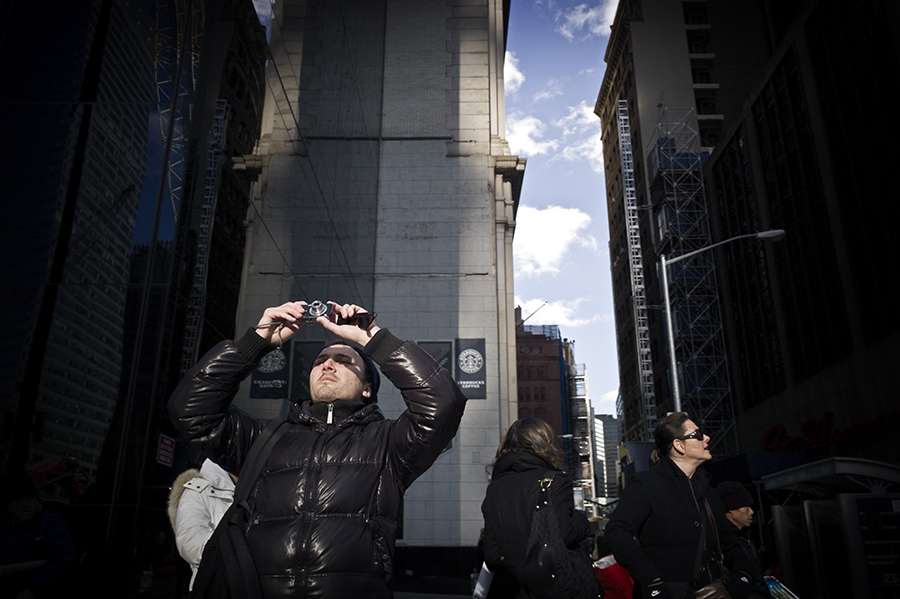 Keith, tell us a bit about you

I was born in Brooklyn, and live and work in New York City with my wife and son. I make a living as a photo editor, I shoot corporate events, and do my own personal work. 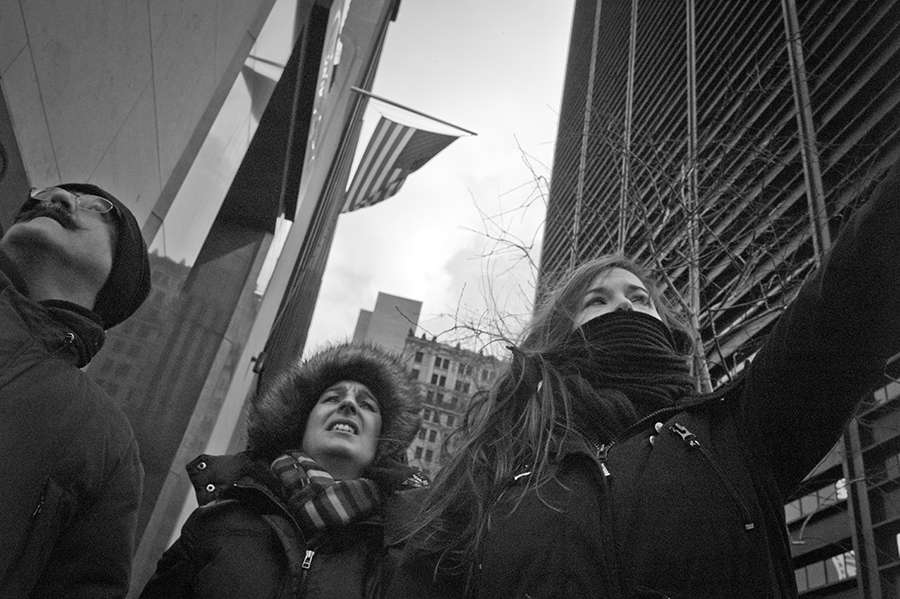 What gave birth to this project? 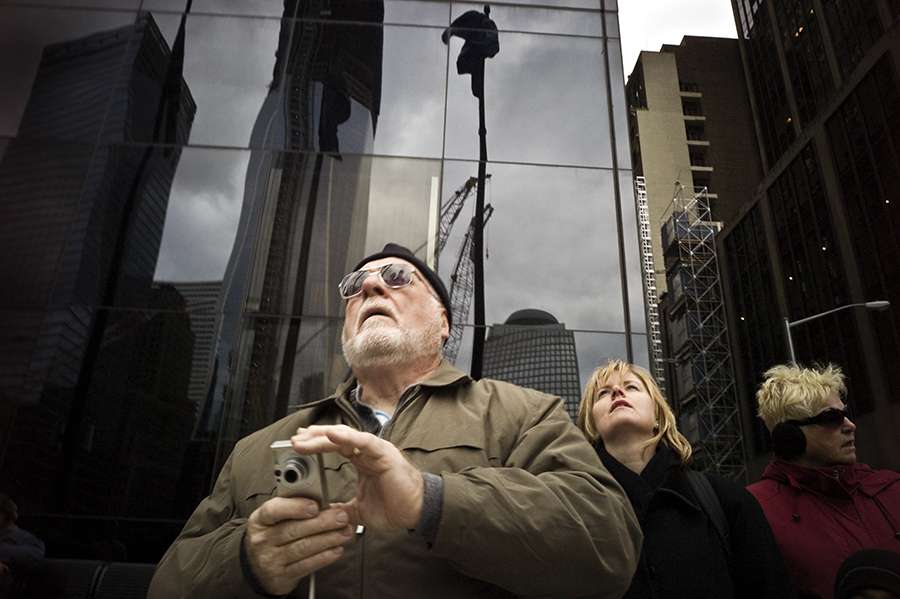 What does this project mean to you?

I know very few New Yorkers that the events of 9/11 did not touch. Either you witnessed what happened, or you knew someone, or knew someome who knew someone who perished that day. After the first tower was struck, I headed downtown to see first hand what was happening. During that time the second tower was struck. Along the way,traffic was at a halt. People pulled over and had their car doors open and radios turned to local radio stations. By the time I got within a few blocks of the towers, people were running down every street covered in dust. 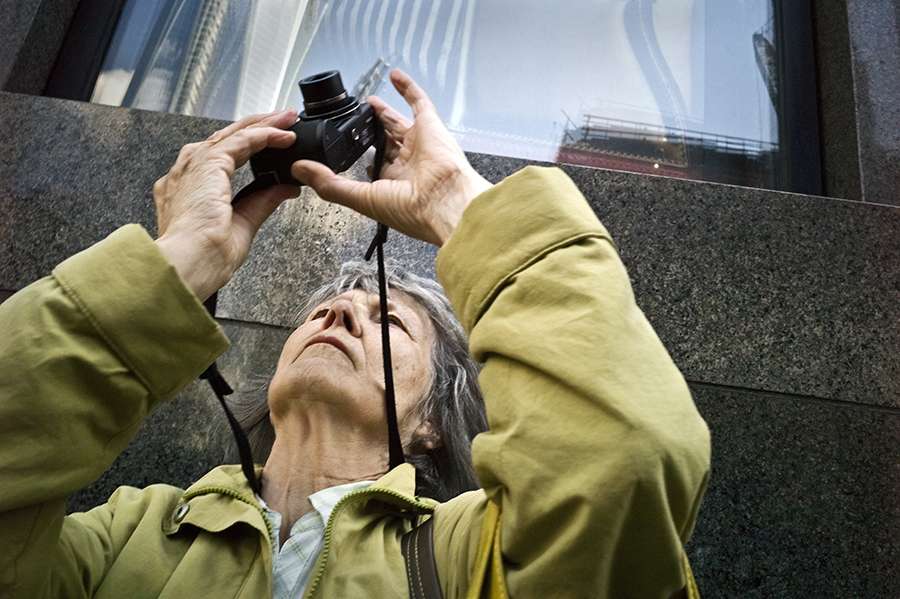 I witnessed people jumping to their deaths to keep themselves from being consumed from the fire. When the towers began to fall, I, along with others around me, just ran as far as we could. No one knew how the towers would fall. In someways, it was better that they collasped into themselves then toppling over. – What do you hope it means for others? My intention was to capture a thought provoking collection of expressions, emotions, and the diverse ethnic make-up of the visitors. To see how they reacted to what they were seeing – a place where people perished and a new place that was being rebuilt out of the ruins. 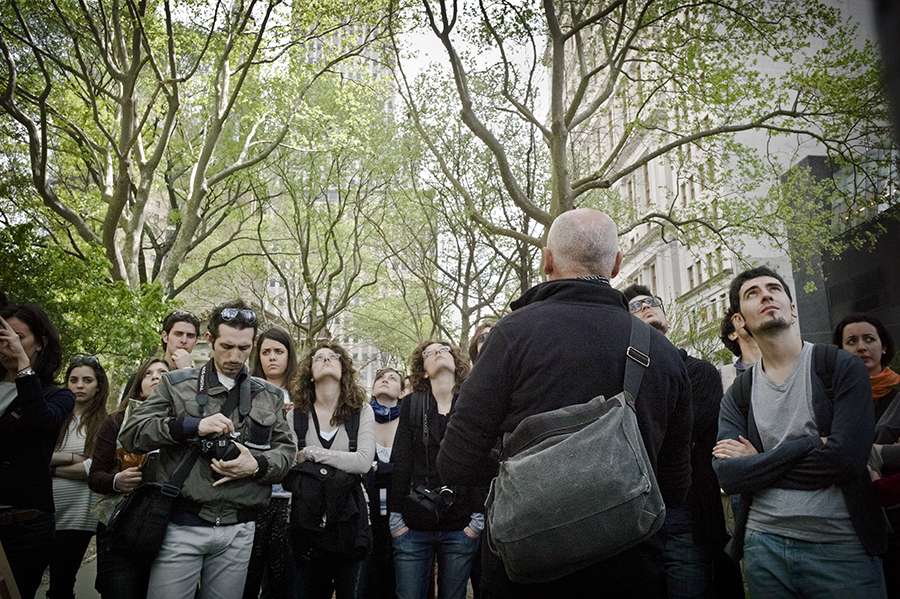 I understand. You were there first hand, most of us experienced it through TV. I still remember coming back from school all the way in Haiti and my dad shocked me with the news. What did you photograph with?

I have varied my equipment somewhat. Most of the images here were shot with the Leica M9 and the 28 Elmarit Aspherical, or with the Panasonic G3 and the Lumix 14mm. 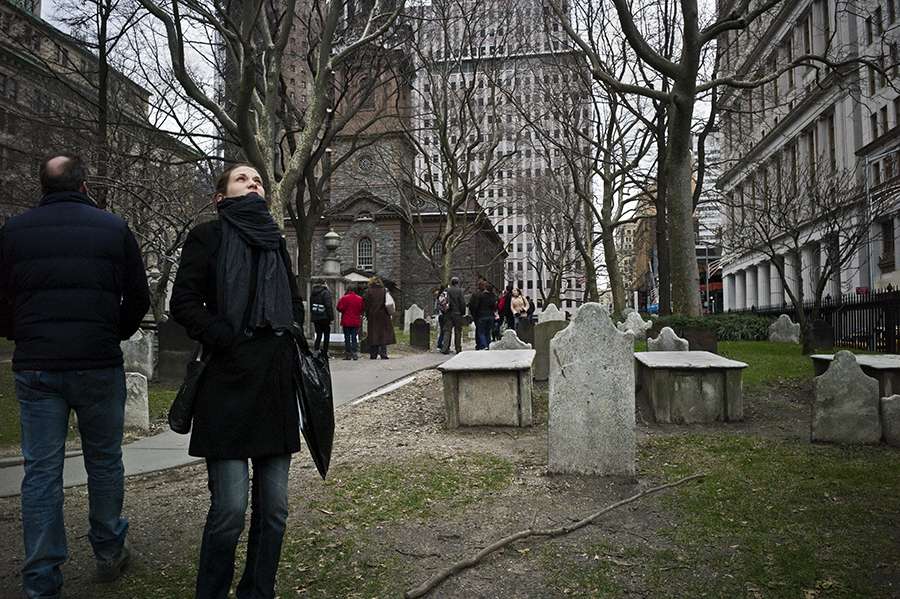 I work very discreetly as I wanted to capture people's responses to what they were looking at. More often then not, people were totally unaware of me. If they were, they smiled, but I already got what I wanted. I became friendly with some of the people who sell printed material of the events of 9/11. They were the ones who were most curious as to what I was doing, since they were seeing me with my camera almost every day. 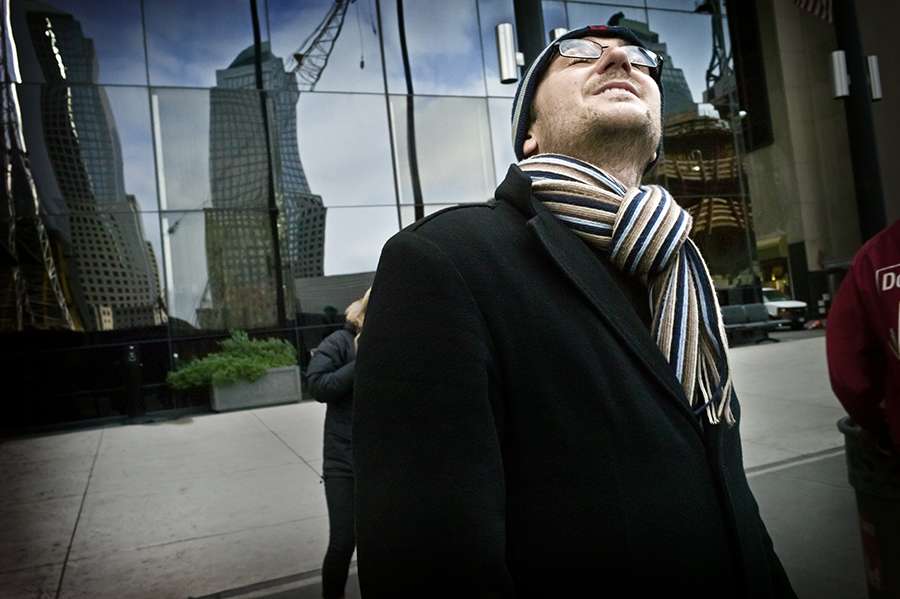 I don't have a particular favorite image. My favorite images are those where I was able to capture a visitor completely lost within themselves as they were viewing the site. I do particularly like those images of children I have taken, as they are the most open with their emotions. 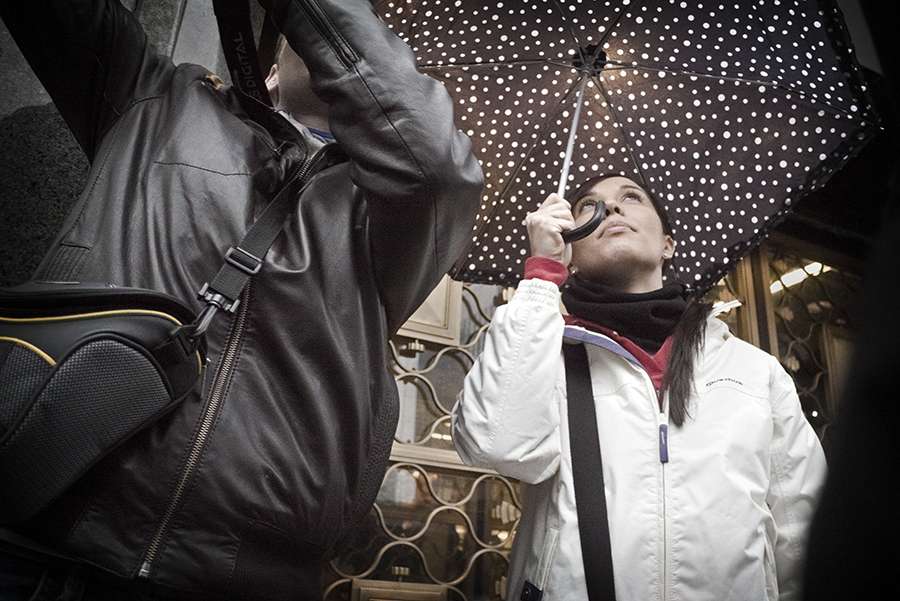 Though the events of that day touched so many from around the world, and the site has become a major tourist destination, I am kind of amazed and saddened from listening to conversations of the visitors on the street around the site. 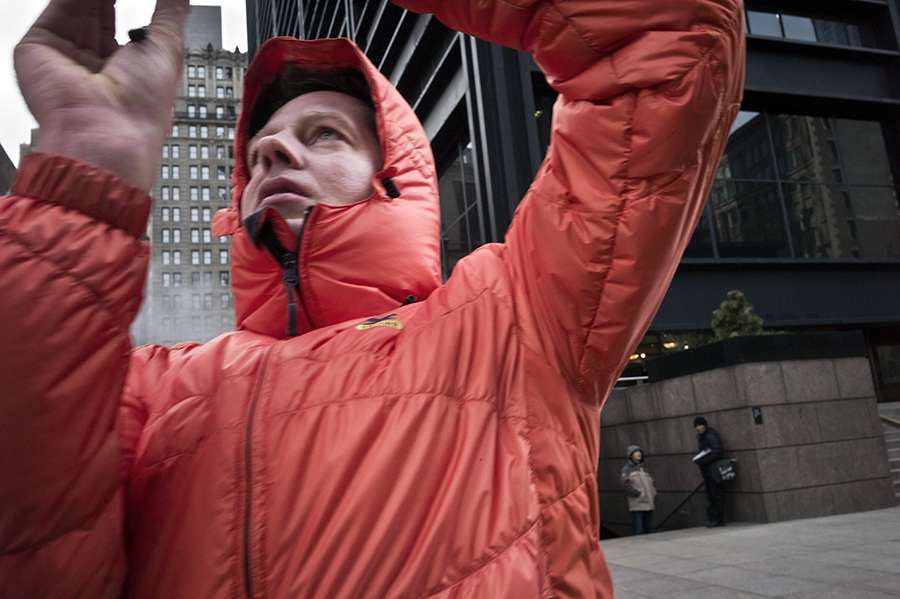 Quite a lot of people don't really know much about that day or where the towers actually stood, or what building is actually the new World Trade Center. Lets not go into the conspiracy theories. There is a gentleman near the construction site who will tell you everything supposedly the government hasn't divulged if you want to listen. He always gets quite an audience. 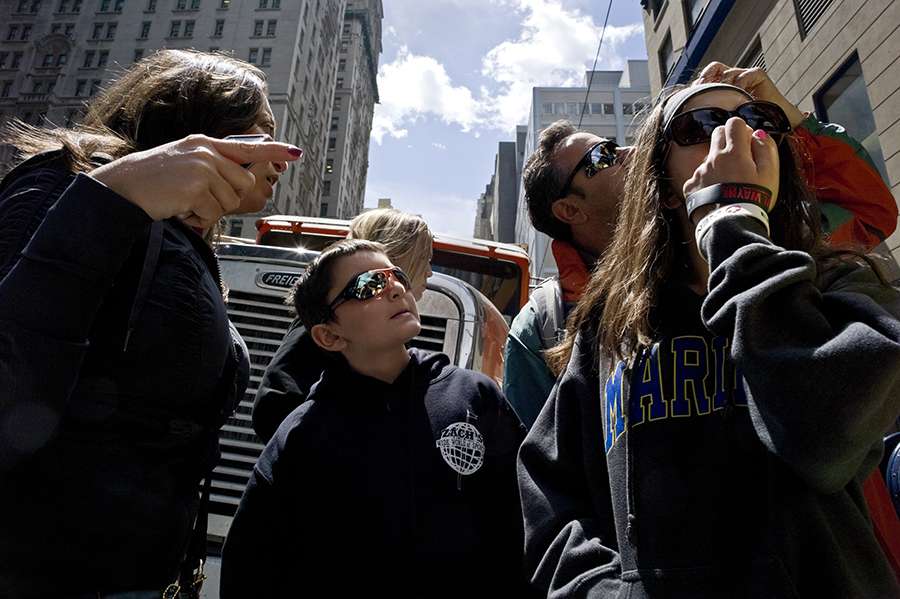 Spending time around the site has only reinforced my belief in being a citizen of the world. Though I am a US citizen, a New Yorker, no country, no people on this planet should have to put up with intolerance of any kind. When one looks at those images of space, and the images that look back upon our planet, we are so insignificant. We really are a “pale blue dot”.

[highlight]Keith Goldstein[/highlight]
Keith is a Photo Editor living in NYC with his family. Check out his Blog & Portfolio 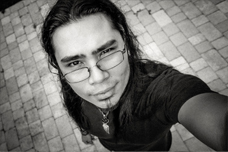 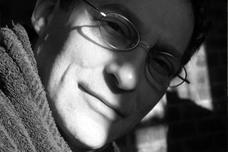