Street Photographers always need to keep safe, but some braver ones like Kevin Demers actually go to places most of us would rather not be seen with a camera, like East Hastings, Vancouver. Here’s the images he got back and a few choice words from him.

Hello. My name is Kevin Demers and I currently live in Ecuador after spending my life on the prairies and the west coast of Canada. I am retired now which has given me the gift of time to pursue my passion unbridled!

My inspiration to pursue this art came from my dad and grandfather. Both of them were prolific photographers “back in the day.” And there was one other motivation. The family gathered around a carousel slide projector, laughing and recalling good times as the images would change. I never wanted that to end.

I chose to shoot the area known as East Hastings, Vancouver for a couple of reasons. First, I wanted to show another side of life in this world to those that perhaps never had a chance to witness or chose to ignore it instead. Street life, which is bad enough, but then you throw in crime and violence and bad drugs and it becomes a dangerous place to be.

The second reason was a selfish one. I wanted those images to remind me how good I have it when I start to whine about something, and that I could, in a blink of an eye, be here.

I knew what I was walking into before I got out of my car. I knew I had to have my head on a swivel, but, I also knew that the local police narcotic squad made routine drive byes. Still, it was a bit unnerving, and I did not stay in one spot too long, and a lot of my shots were from the hip.

The worse that happened while I was there, was some woman behind me caught me (remember the head on a swivel) taking a shot and called me names I have never heard before. 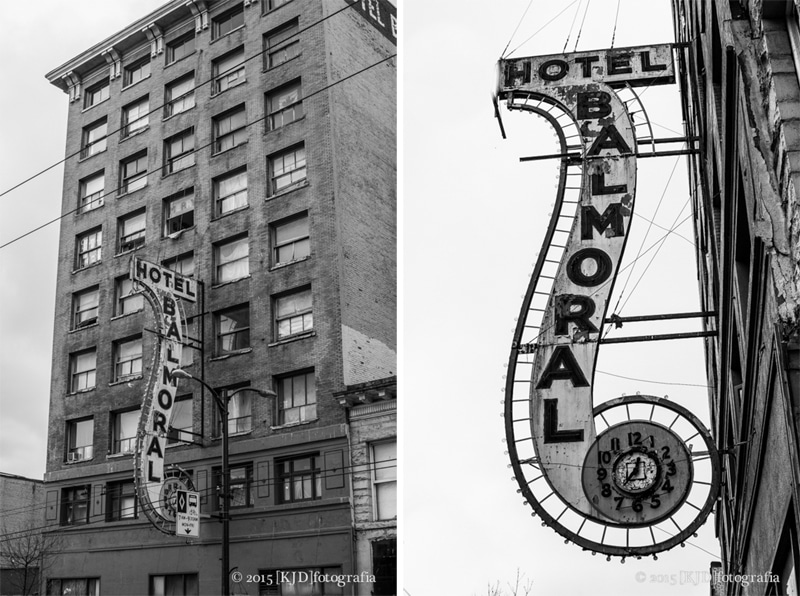 I really did not know how dangerous this area was until I returned to my car.

There were these two guys standing in front of the mens shelter a couple of blocks off East Hastings when I drove up. I got out of my car, gathered my gear and nodded at these two men.

I went about my shoot for an hour and felt I was pushing my luck, so I returned to the car.

The two men were still standing there and seemed somewhat shocked to see me. So I asked them how they were doing and some other small talk and then asked why the surprised look when I returned. 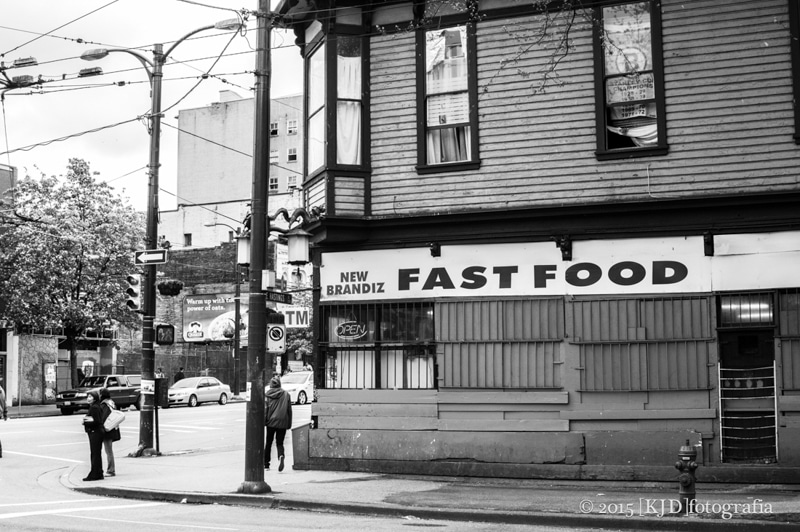 They had a bet between them that I would either not return, or return with no gear and some bruises perhaps. Took a shot and drove off. 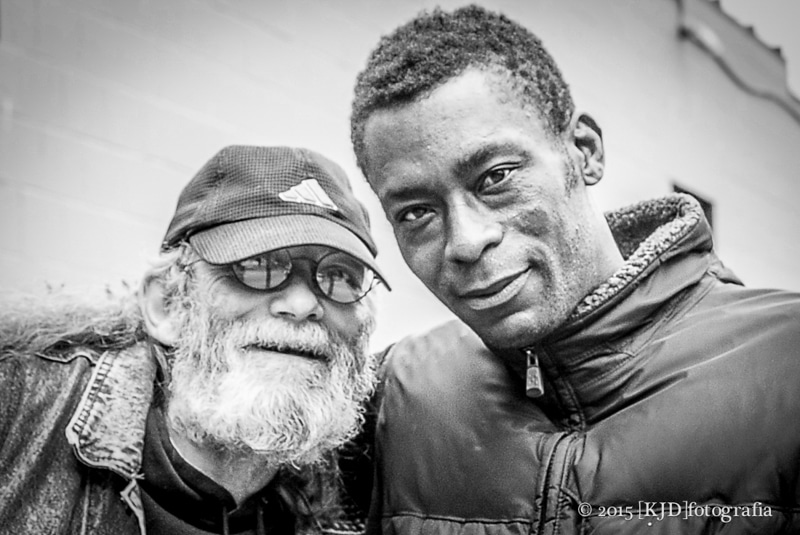