The Contax T2 is one of those cult cameras that are untouchable. Alan Pang from Hong Kong shares his opinion of this great film camera.

I must first admit that started shooting film just because it’s a trend! A shame I know but I felt the need to know about it and to celebrate what started it all in photography. I still can’t believe some of these analogue cameras can operate without battery! 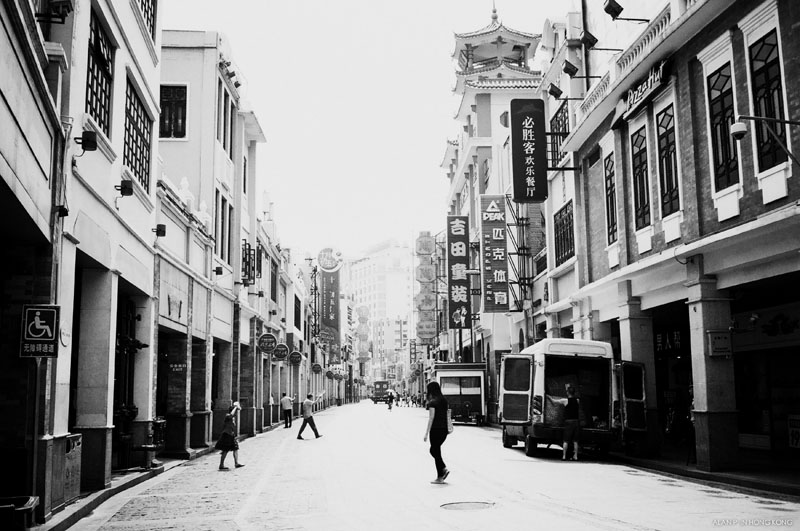 Why the Contax T2?

I wanted a more reliable film compact that has a shorter focal length. My Lomo LCA+ was just too unreliable when used it as primary. It skips frame, sticky shutter. Other than the T2, I also considered the Fujifilm Klasse series. 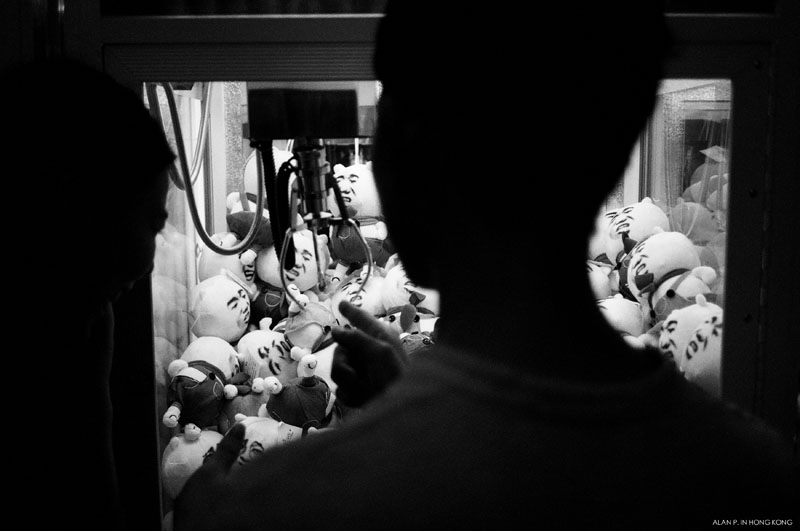 Mario Testino used to use it. And even more so I remember a girl was using one at the Lomography store. T2 is just sexy on girls!

The Contax T2 has been one of those gems that everyone can go crazy about. A mint condition one goes about USD $400 or even cheaper if you have the right contact. I love the champagne gold version and it’s the cheapest among the rest of colors. My first impression of this camera was “heavy”. It’s a lot heavier than I’d have thought initially when everyone described it as a “compact”. 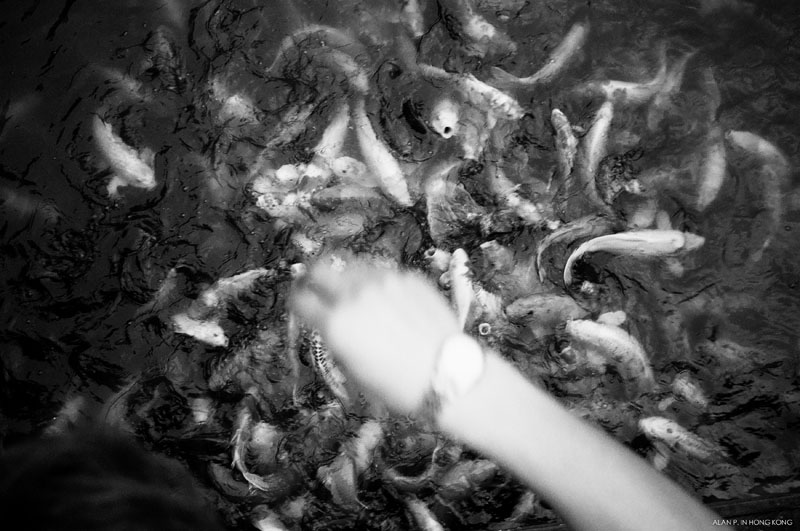 The reason I point this out is that, when you’re doing a long trip, it dramatically adds tiredness to your hand. Other would put it as a sleek, solid, reliable, silent, quick, fuzz-free, and lots of other praising words which I would not disagree after handling a few analogue cameras from 60-80s. 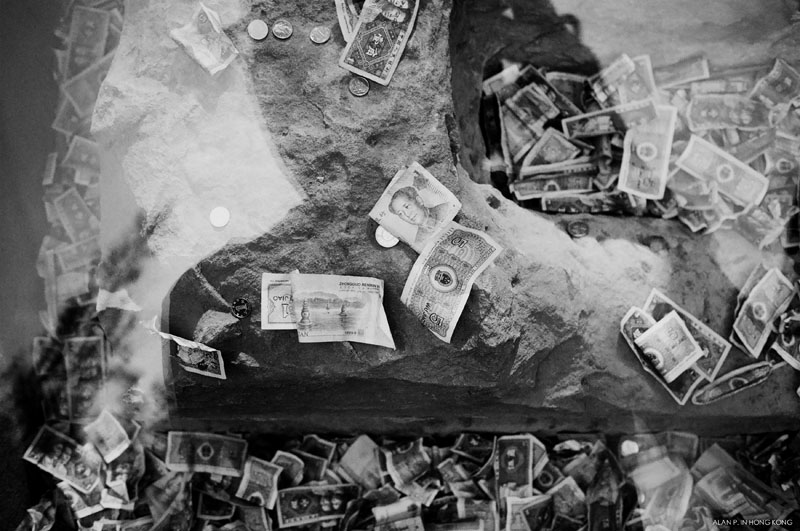 A ‘full package’ is how I’d put it as for the T2. It’s an aperture-priority camera with a somewhat reliable autofocus, built-in flash, EV compensation, auto film winding/advancing, DX ready. Basically with all these automation, there’s very little can go wrong when shooting with it. All the buttons, dials and indications locate the top plate. 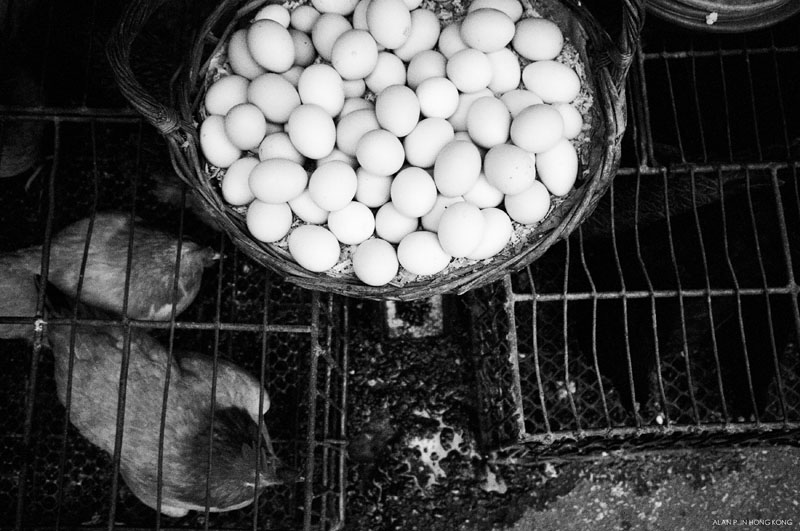 The T2 comes from the last analogue era. For a guy like me who was born during this era and knew so little about it, I get to re-appreciate and re-live the experience again.

The mode dial acts as the on/off switch and allows choosing between AF and MF. I only shoot with MF, it’s my personal preference which is the most accurate and quickest way to measure distance. Through the viewfinder, you can see left/right arrows and a dot to show if focus subject is in focus.

It’s much like what you’d find on a rangefinder camera. I found the dial wheel is a little too smooth when in MF, and a slight bump to your body would change the focus distance. It’d become my habit to check the distance whenever I take a shot. 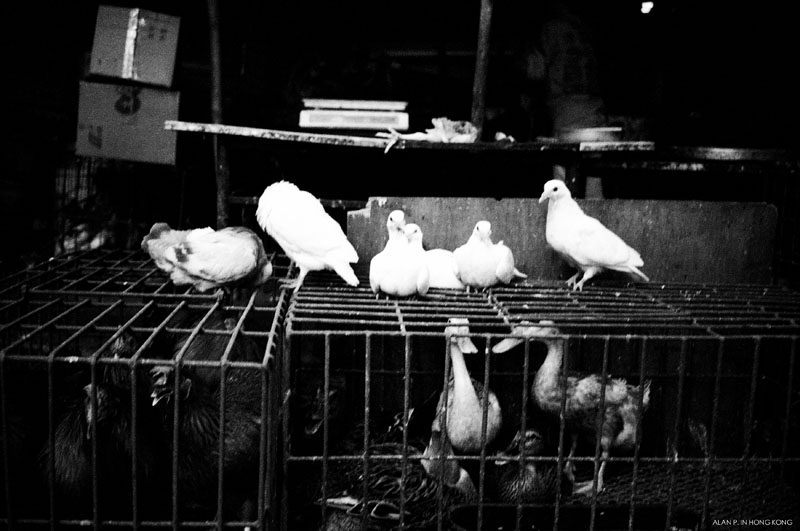 The 38mm lens was popular in the 70s. It’s not a surprise the aperture can only go f2.8 since this is a compact with such tiny optics. Other praised about it’s a Zeiss and the quality behind it. Yes and no. I’m sure it’s in a very high quality but it failed to surprise me on the end image.

I’ve photographed with a Konica C35 FD during the Occupy Central. It was not wide enough on may shots. A 38mm is already very different from a 36mm, the Leica X2 I shoot a lot with these days. With the difference only 2mm, I found myself having hard time framing architectures. I guess it just multiplies with distance. 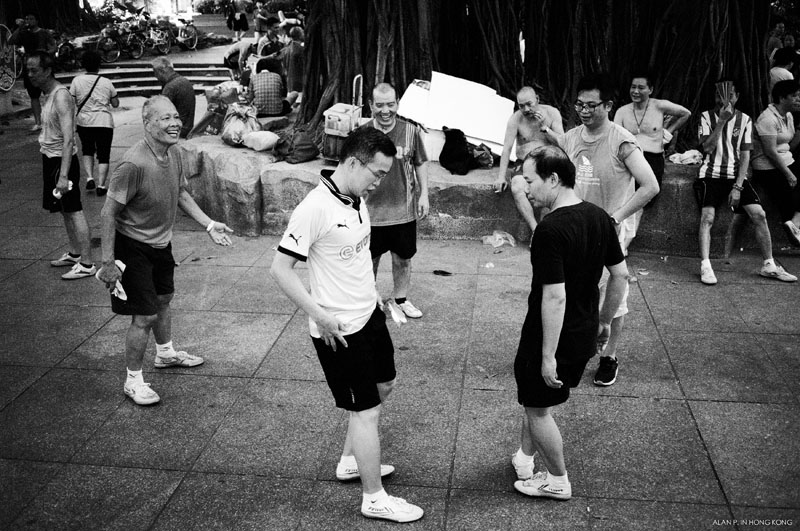 The viewfinder is one huge grey area to me. It’s bright and huge, and maybe the magnification is a little too much; especially to someone who wears glasses. My nose is not tall and big. Time and time again, I found my photos developed not perfectly straight or aligned. It’s quite a concern to me. 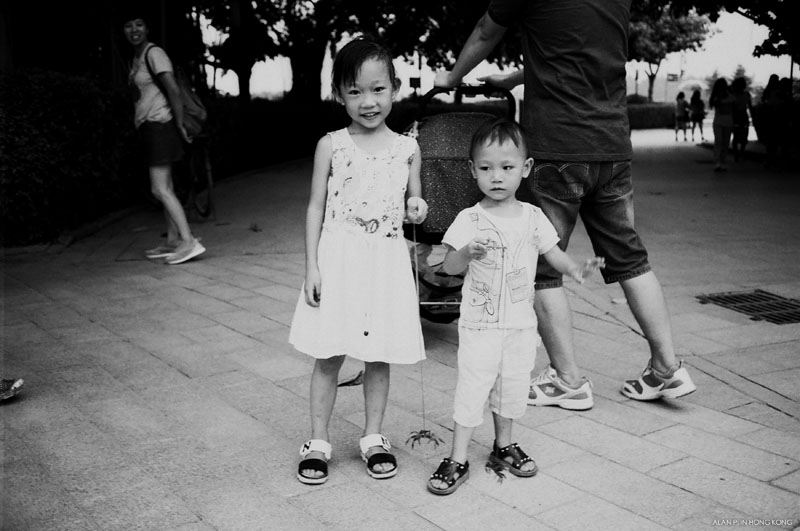 There’s also parallax. Normally it’s not a problem to me on my other cameras with external OVF such as Leica X2 and Lomo LCA+. I can live with the top/bottom framing adjustment, but left and right is a bit of a guessing game especially when you’re on the run. You’ll miss what’s a perfect center.

The shutter sound was completely silent but the film advancing sound goes crazy with these kind of camera. It kind of kills the idea of being silent with the shutter. I can live with it. Another major problem I realized later until my trip to Guangzhou-China (all images above), was the camera shake. 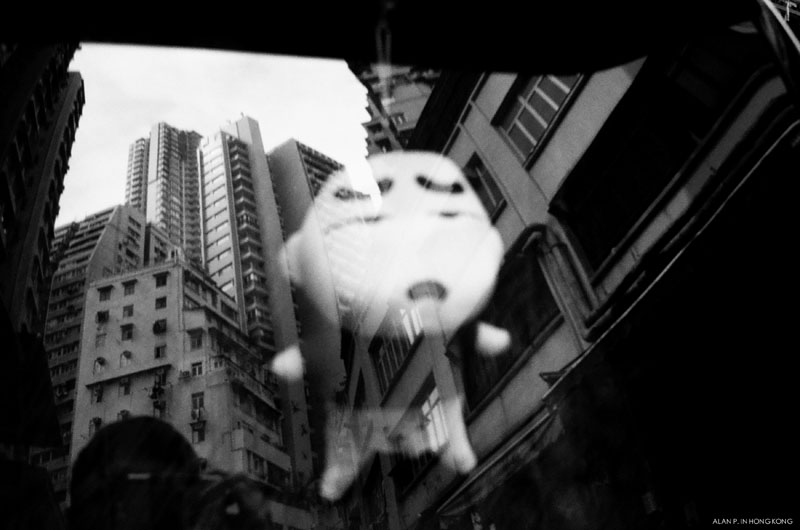 With a camera this solid and weights in your hand, I swear I never expect a camera shake with it. (I can shoot hand held with 1/15 without leaning on anything for a steady shot on my other go-to cameras!) So what the heck is wrong? 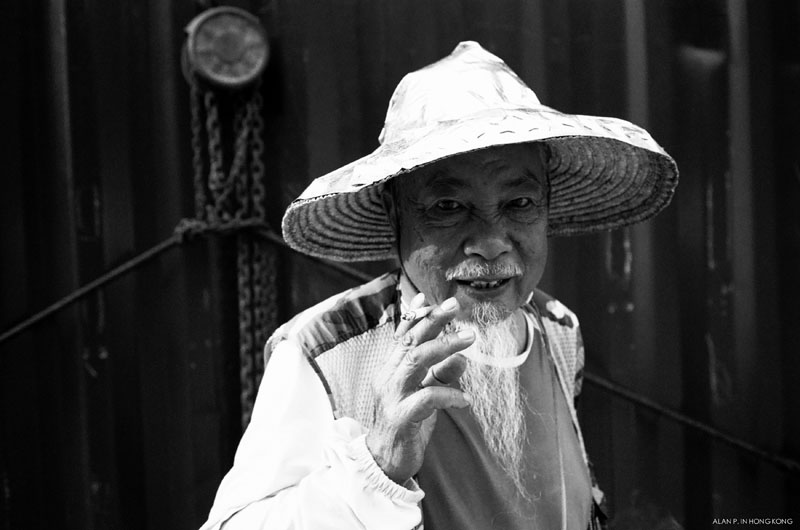 I investigated what gives the motion to the shake. I realized a few things. The grip – it’s awkward. It’s just off-balance when you hold it either with both hands or not. The shutter release (button) position – It’s so toward the right end too.

It’s just not comfortable and secure. The absence of tactile feedback and mechanical sound – I cannot feel or hear if the shutter closes. I can heard all the shutter opens and closes on all other cameras, even on my Ricoh GRD IV and Leica X2. It’s the nature of a camera. 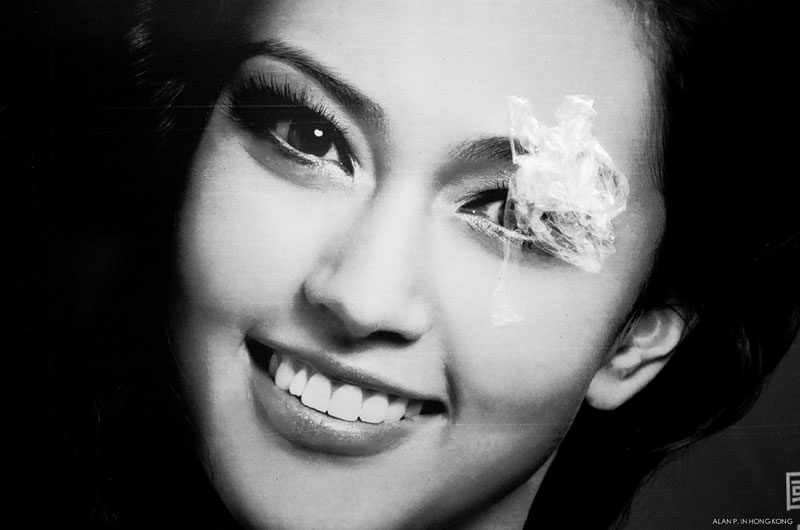 To avoid the shake besides hold it with both hands, you have to know the light/exposure and shutter speed it selects very well. This brings me to another aspect – the shutter speed. Its maximum is ONLY 1/500. I think it’s a standard to many compacts. But to my concern, the T2 is considered the premium model. I would have expected at least 1/1000. I cannot imagine how busy I can get to operate my X2 if I’m not allowed to use 1/1000 and 1/2000.

The exposure is absolutely spot on. One huge thumbs up. The EV compensation offers you not only control when needed such as heavy backlighting, it also allow pushing/pulling film. 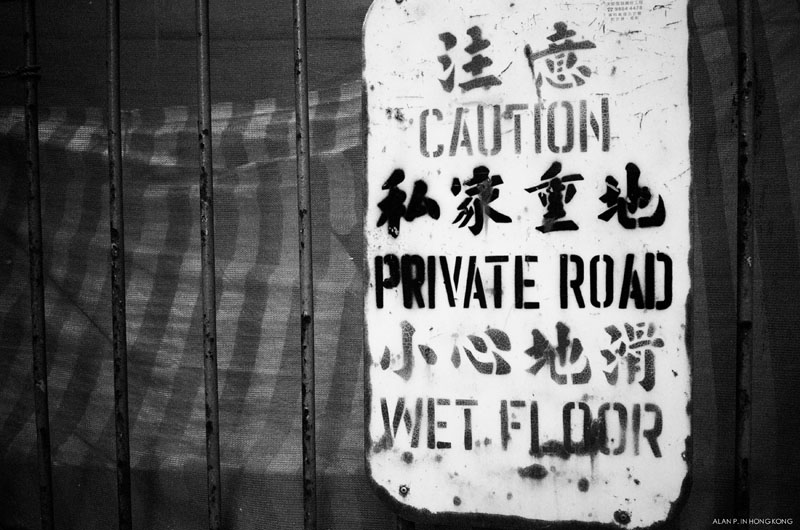 Onto the weight, don’t let the numbers below fool you. I weighted my commonly used cameras with a coffee scale.

My assumption is the lug mount and leather strap takes away the weight on the entire camera, making the X2 feels so much lighter and to not worry about getting it bumped. Sadly the T2 does not have a lug mount. It’s like a brick in your hand. Small details like these have put heavy influence to how I’d be liking a camera. 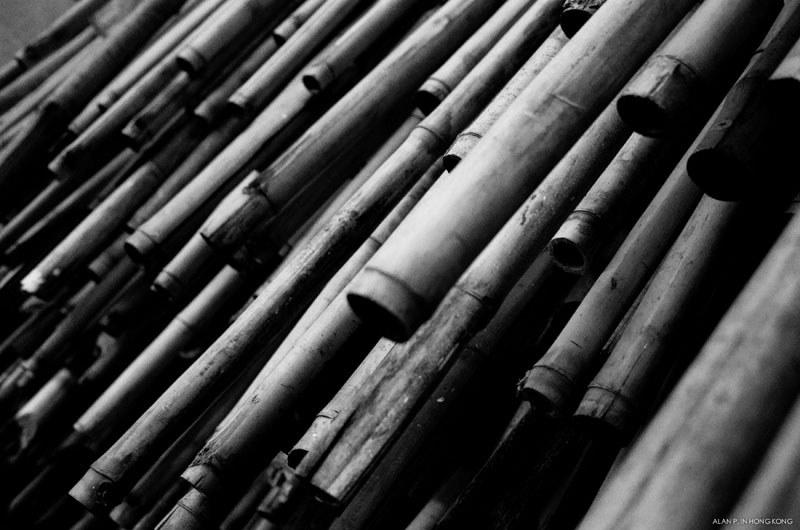 I found the images from the T2 are too perfect in a way. Not quite exactly what I intended sometimes, I expect something more lo-fi. T2 does remind me of the results coming from a digital camera. Even at some point, I asked myself again why film not digital.

Neither I have a darkroom for my own film development, nor I enlarge them into real prints. I guess it’s a common question, we need to have our answers.

I think it’s more fun to play with a camera that actually requires you to advance/wind film manually, set the actual ASA, and a mechanical shutter release. 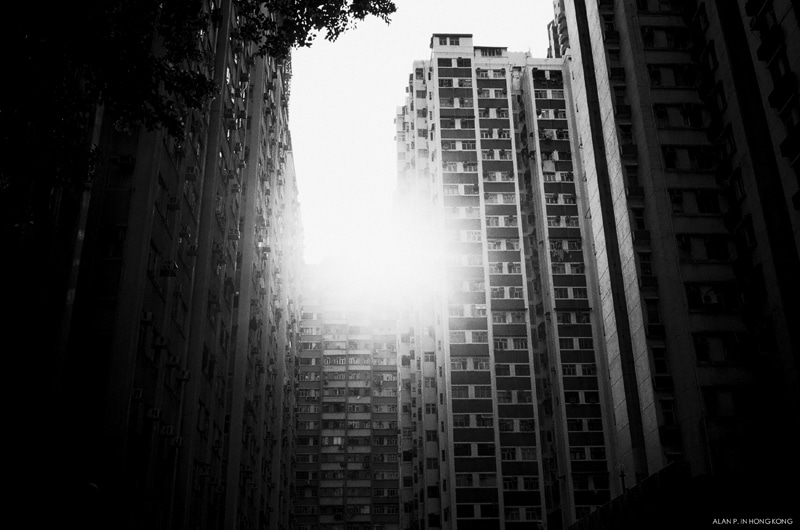 Like all things in life if you somehow developed a bond with it, you’re just going to love it no matter what. The T2 is there for you to love when you’re able to harness its strength and turn into your photography. The design and craftsmanship is so serious that making our digital cameras these days look like a joke.