Zeno has a large tumblr of hundreds of images made with a Rollei 35mm, intrigued I send him a few question along with a selection of his images.

Zeno, please tell us about yourself
My name is Zeno Felkl, I was born in 1964 in Bavaria. I´m a trained stonemason and work now as a teacher for stonemasonry (type design, masonry skills, history of architecture). 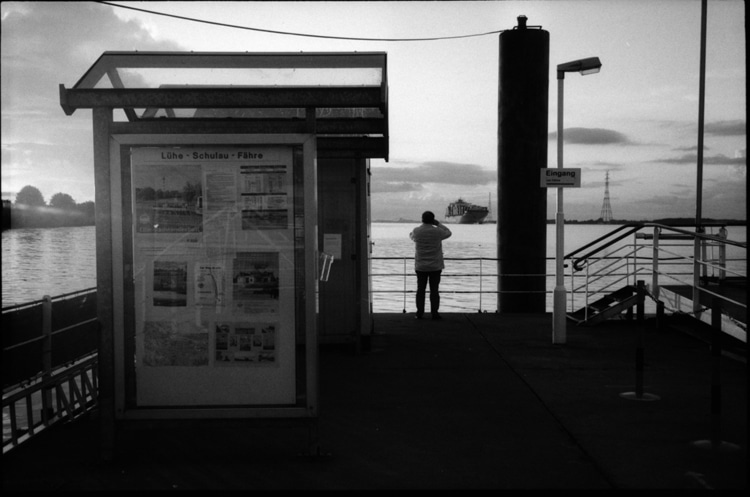 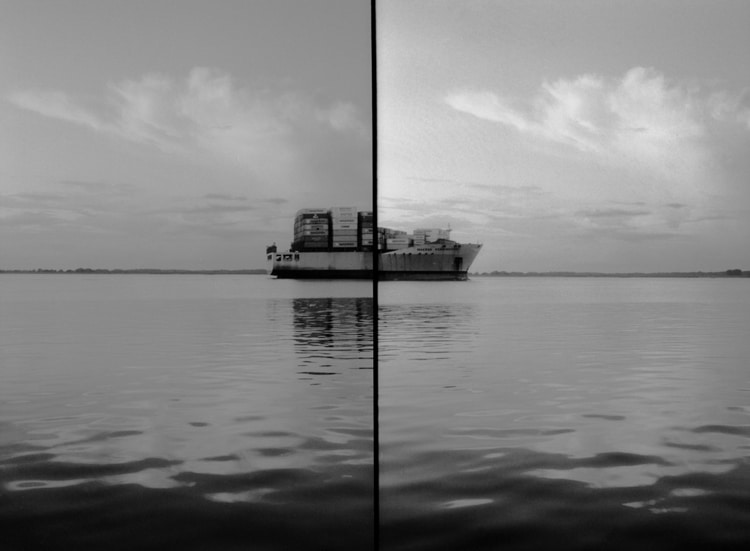 •The joy of executing the whole process; for a trained craftsman this is an important point!
•The joy of using the machinery
•The concept of Wabi-Sabi (as far as a european can understand japanese philosophy) 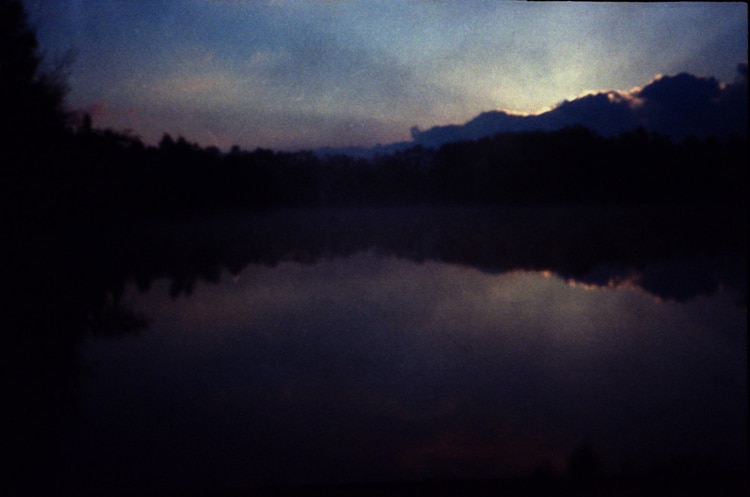 •All art concepts that deal with the mundane
•The joy of creating something “bigger” than a single picture, for example when two or more pictures match, but were shot with years between them

How did the project start?
In 2010 I had reached a point of frustration, interestingly not about photography, but about the gear to keep. I always feared to have the wrong equipment with me. 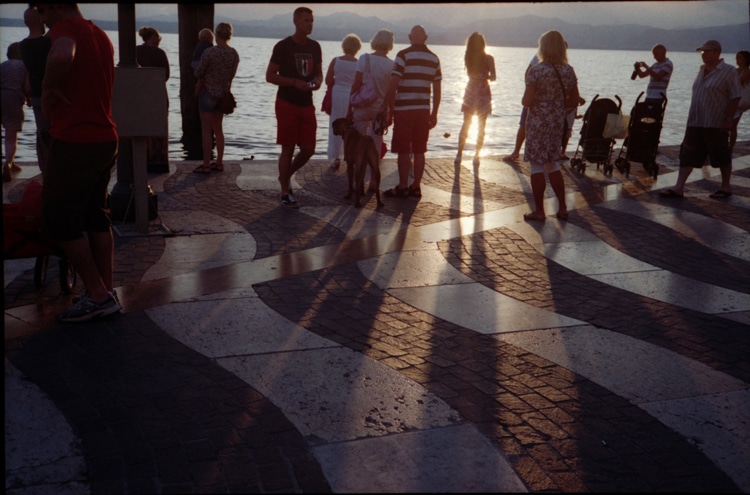 I permanently changed the gear I took and that was not very good for my mood. In August 2010 I decided to close my camera cabinet and use only one camera and one film for the next year.  The film choice was clear. I had discovered the Polypan F film in 2009 and used it exclusively for my B&W work since then.

Why the Rollei 35mm?

The camera choice was influenced by the following points:
It had to be small, fully mechanic, battery-less and it had to be “sexy”. I didn´t want to have to deal with batteries or auto functions, I just wanted to go super simple. The Rollei I had purchased two years before hadn´t get much use, but I liked the TLR-like controls.

Every time I used it, it felt right in my hands (“sexy”). The brick-like shape and the weight made it a joy to hold and the controls could be used much quicker than any other I tested for this project (other candidates were the Olympus 35 RC and the Zorki 1). 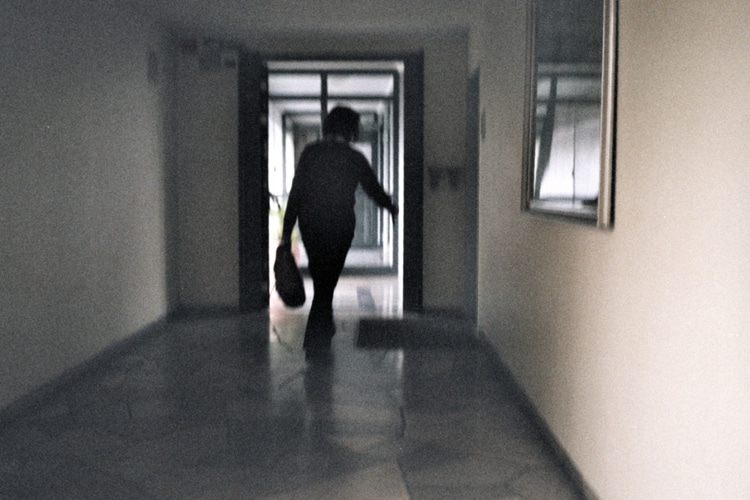 The scale focus system added some spice to the project. I would be responsible for the whole process of creating a picture, so I could not blame anything for bad pictures. This should keep me awake during the project. In the darkroom I prefer standardized processes. 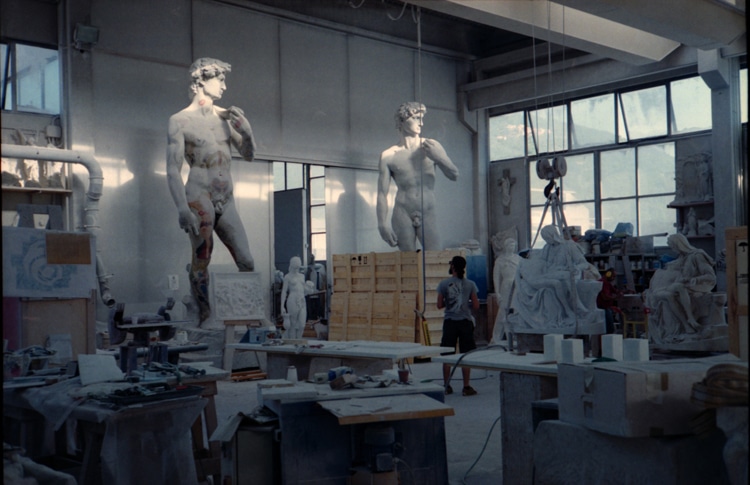 I had found out earlier, that the Polypan F works well with Rodinal in the stand development method. This gives me the deep blacks and slightly blown out highlights I prefer (and I have an hour to do something else than watch a developing tank!)

For darkroom enthusiasts, what is your process?
My equipment in the darkroom is made by Jobo. I own two Jobo 2400 daylight tanks and two five-roll tanks from the Jobo 1000 series.
After spooling the film (which I do under the bedsheets) I fill in the developer (solution of 1:100). 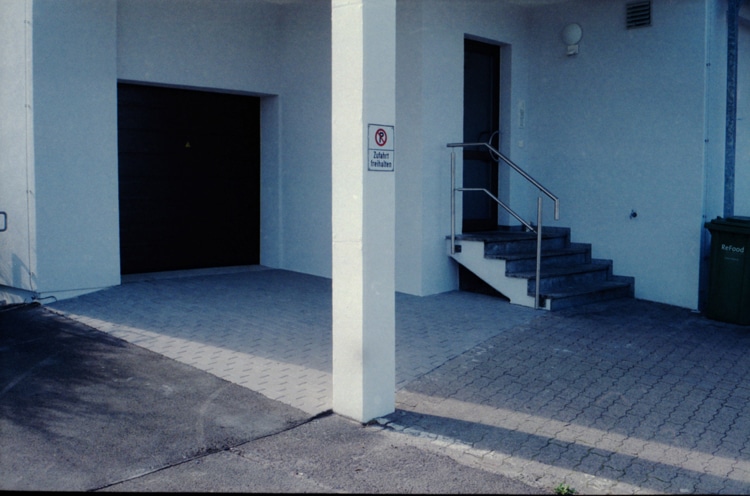 I agitate the tank ten times and let it sit still for one hour. If I forget it, it may sit one and a half or two hours too;-) Then I rinse shortly with water and fill in the fixer (Tetenal or Adox). After fixing I wash the film using the Ilford method with 5-10-20-40 inversions. 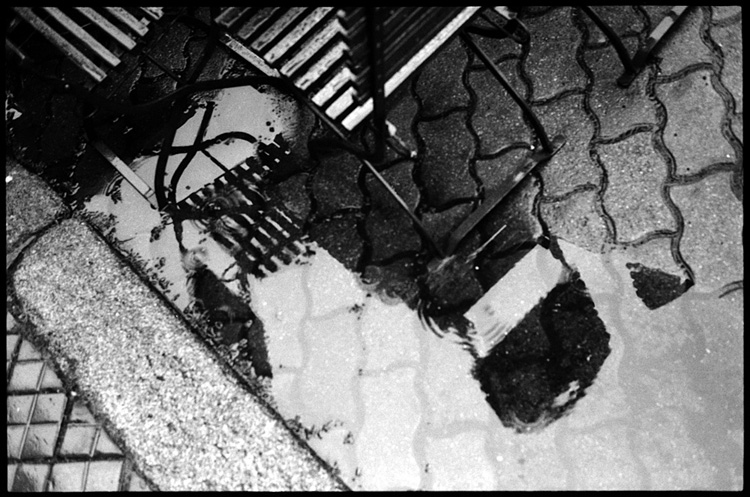 After removing the film from the spool I strip off the water with a paper towel (low pressure) and hang it to dry. The paper towel may drive some photographers crazy, but the whole thing works for me. 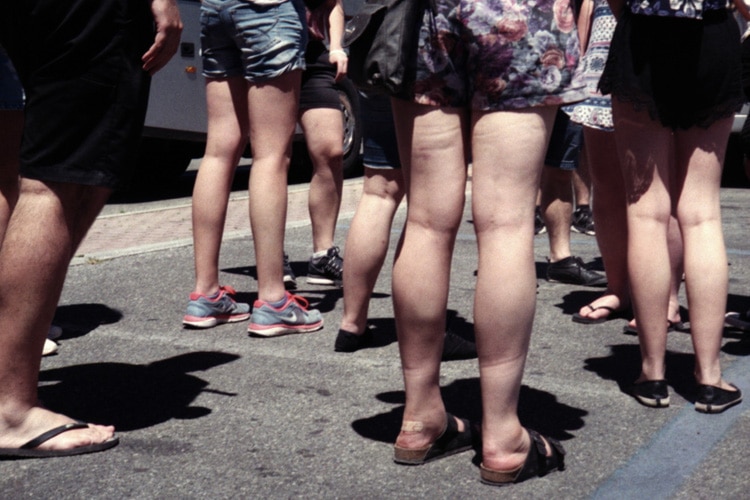 The negatives are cut and stored in pergamine sheets. The scanning is done with a Canoscan 8400F, the post processing (as little as possible) in Graphicconverter or Gimp. 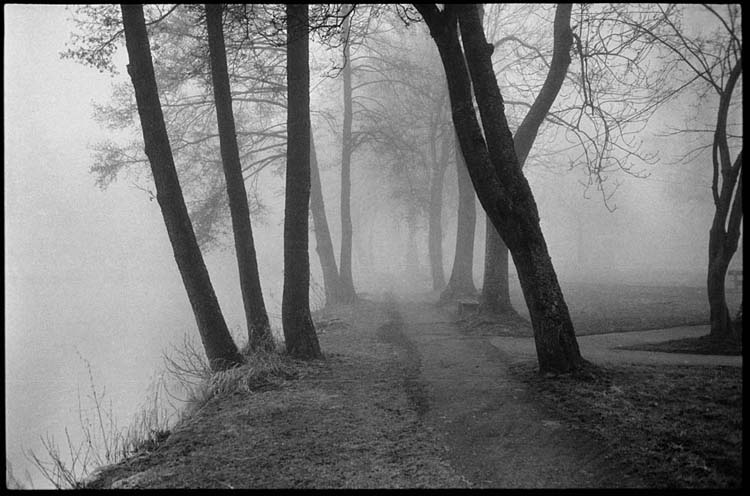 Some months ago I started to use color film in the Rollei too. These are drugstore developed and the negatives are scanned.

What are the costs associated with film?
As far as costs, When Polypan F was widely available I bought it in 90m cans and rolled my own films. The price of one roll was ca. 50 (Euro)cents. One film including the developing material is ca. one Euro. 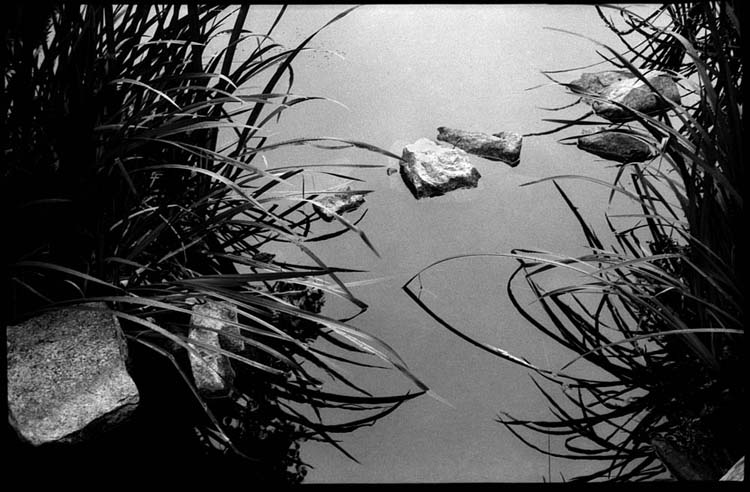 Now the Polypan F seems to have disappeared from the market, only some overpriced pre-rolled films can be found. I´m afraid I will have to change film after more than six years and more than 1000 rolls of Polypan F.

Any anecdotes you can share?
The anecdotes are pretty much the same ones as every film shooter knows: “Is film still made?”, “Can film still be developed?”, “Isn´t that very expensive?”. Many people in Germany recognize the name Rollei: “My grandfather/father had a Rollei too!” Children are often attracted by the film changing process. 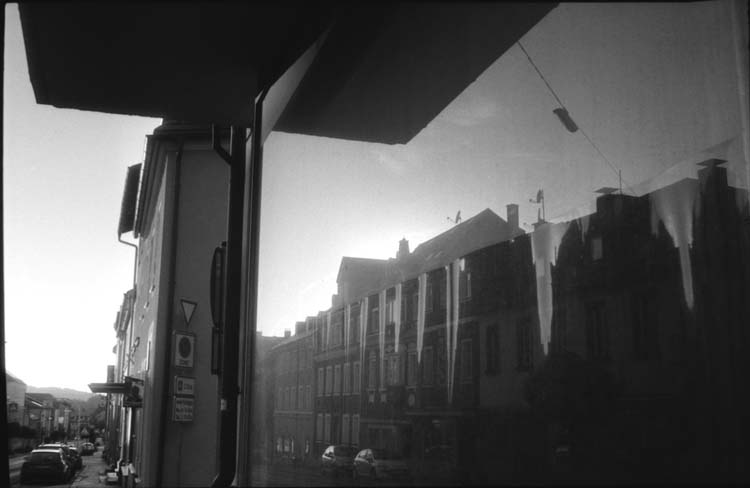 When I explain my concept of shooting the reactions are mostly positive. When people hold the camera they always mention the weight according to the small size. This seems to give people a positive feeling about a piece of gear. 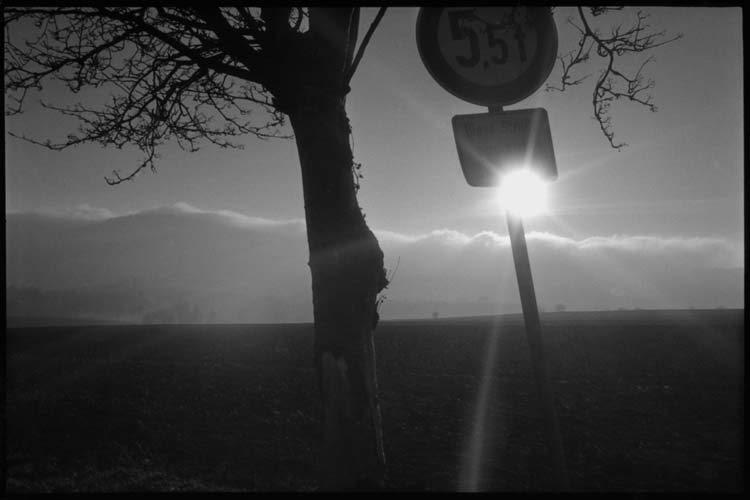 Most of the time I´m trying to be the invisible photographer, so interaction with my subjects or with bystanders is seldom.
I realized that many people do not identify the mechanical “Click” of the Rollei as a camera shutter. 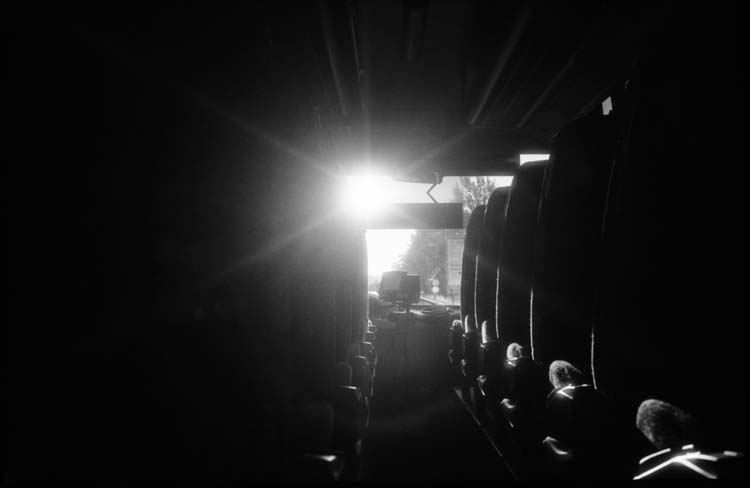 Finally: I did not reach the original goal of using the Rollei exclusively for a year. After some months other gear was too tempting. But since then the Rollei has become a sort of a mind cleaning device.

Whenever I´m in doubt about my shooting, my vision or my gear I grab the Rollei and calm down my mind.

The Rollei 35 project is still discussed in the Rangefinderforum.

6 thoughts on “The Rollei 35 project”