Here is a Street Photographer’s take on the Sony RX 100 III by David Keenan.

Wow, is it ever tiny. That was my first impression of Sony’s new RX100 III point-and-shoot camera. Even the box it came in is small. “The camera is inside this?” I thought when first seeing it.

I ordered the camera sight-unseen from my hometown camera store, Precision Camera & Video in Austin, Texas. I had seen pictures of it online and the fact that it has a built-in electronic viewfinder (EVF) sold me. I had never handled either of the model’s predecessors either so I really didn’t know what to expect when the UPS package arrived. 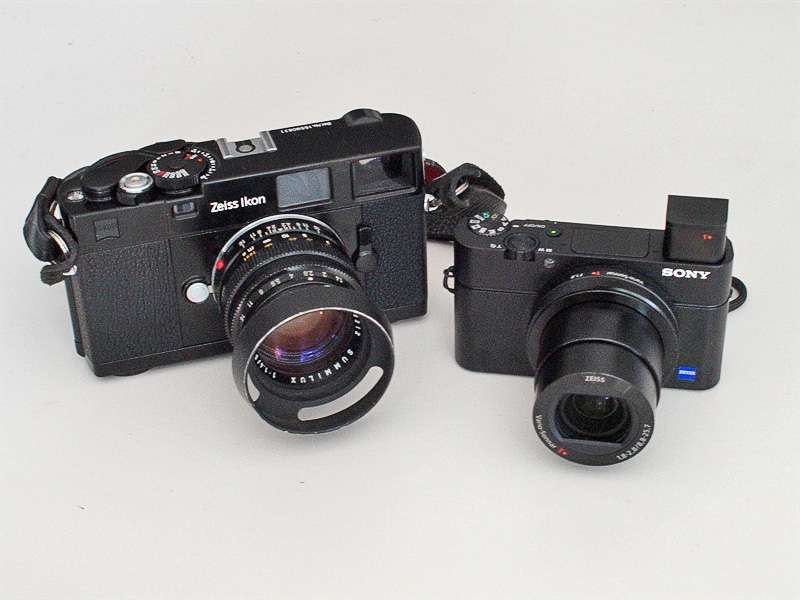 Prior to the Sony, my go-to point-and-shoot had been a Samsung EX2F which I had bought for its fast f/1.4 lens. I’m a big fan of very shallow depth-of-field which is very difficult to achieve in small sensor cameras. Photographing with this camera at, or near wide-open, helped to produce results closer to what I like. 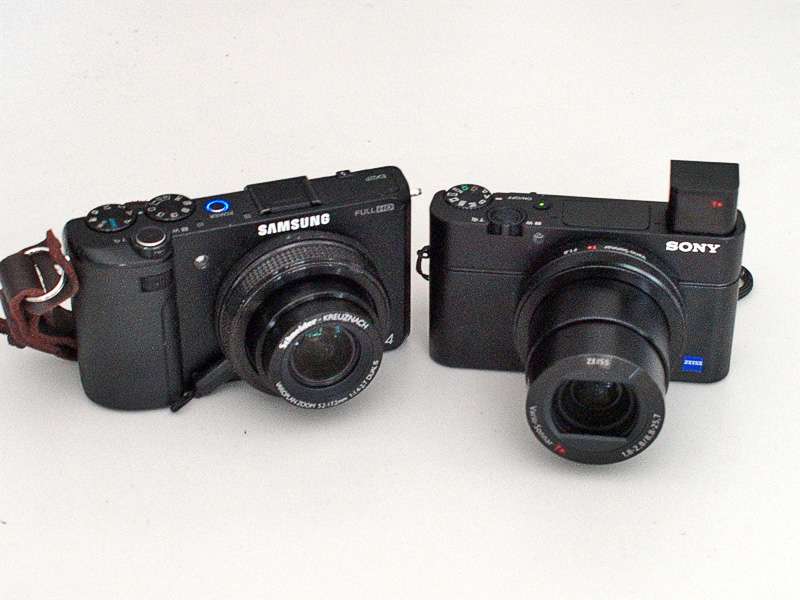 The RX100 III comes in at f/1.8 at the widest focal length (24mm-ev) and at f/2.8 at the longest (70mm-ev), so it doesn’t sacrifice much in that regard when compared to the Samsung. I’m primarily a rangefinder street photographer and, as such, I demand a viewfinder. With no viewfinder, the EX2F was useless on the street in my opinion. Not so the RX100 III. When I photograph with a digital Leica rangefinder, the LCD remains off 95% of the time. Now, I have a very compact camera that can be used exactly the same way.

I’d like to relate my impressions of the RX100 III after owning it for a few days and carrying it for the first time today in place of the rangefinder that is usually attached to my right hand. These will be purely usability impressions – I will leave the image quality comparisons to the pixel-peepers that relish in comparing technical specs.

Personally, I am of the opinion that if Sony (or any other modern, major camera manufacturer) has gotten to the point of releasing a new camera into the market, its IQ is going to be completely satisfying for my needs when it is used within its known limitations. Okay, here we go. Did I mention the RX100 III is tiny? Not iPhone tiny but just about except for the hump that is the lens housing. Frankly, the camera is smaller than I like, much smaller than my hand. I’ve ordered an accessory grip that affixes to the front which I think will help me to not accidentally drop it!

When the camera is on, the lens extends further out than I would have expected for a camera of its size, considerably further than the Samsung. Actually this not a bad thing, all things considered. This extension does improve the handling a bit by giving my fingers something more to wrap around. The build quality is excellent as I have come to expect from Sony. I own an Alpha 99 and had a Sony a7 for awhile before deciding it was redundant in my collection of cameras. The pop-up EVF is perfectly positioned and very smartly opening and closing the viewfinder housing acts as an on/off switch – and when the turned on this way, the LCD stays off. I love it. When the EVF is extended, it feels very solid.

On the other hand, the fact that I rarely use a flash may be a good thing when considering the long-term reliability of the RX100 III. Unlike the EVF, the pop-up flash unit, while not filmsy, does not fill me with confidence that an accidental bump won’t cause some serious damage. One word of caution, do not leave the flash extended when carrying the camera. In use, the EVF is superb. It totally suited me during the time I was walking and photographing with the camera. I did not use the LCD at all. The EVF makes the RX100 III this camera useable in all lighting conditions, even bright sun. Not sure that this can be said for many other point-and-shoot cameras.

When photographing on the street, the camera is very responsive. I have it set to issue a very satisfying shutter click on each exposure. The auto-focus is faster than I am and always seemed to lock on by the time I pressed the shutter. I have the camera set for aperture-priority exposure (just like my Leica M9) and the nicely knurled accessory ring on the lens is a perfect substitute for the aperture ring on my Leica lenses (minus the click stops). There is a nice visual display of the f-stop setting in the EVF, so it’s easily adjustable with the camera at eye-level.

The menu system is easy to navigate especially for users of other Sony cameras. The control buttons, etc. on the camera are all familiar to anyone who has used a digital camera. I did not find it necessary to consult the user’s guide at all. One gripe is that Sony did not include an external battery charger in the box. I bought one separately for about $30 on Amazon. This is certainly not a deal killer but I think it reflects badly on Sony (and any other similarly guilty camera manufacturer) as being cheapskates.

My friend Jerry Sullivan is the owner of Precision Camera & Video. Jerry sold me the RX100 III. Having been in the camera business for a long time and running the largest camera store in Texas, he’s in a position to know what he’s talking about. He tells me that that Sony has it sights set squarely on Canon and Nikon with the goal of becoming #1. It certainly seems to me that the recent string of innovative products, of which he RX1000 III is clearly one, indicates that Sony is up to offering a serious challenge to the big boys.

No point-and-shoot camera will ever replace my rangefinder. But as a pocket digital, especially when I’m using a film camera, the new RX100 III will be a perfect companion. In this street photographer’s opinion, Sony has hit a grand slam with the RX100 III.

All images by David Lykes Keenan. David is a photographer now living in Brooklyn. He recently moved from Austin, Texas where he was both a software entrepreneur and the founder of the Austin Center for Photography. Presently, he is managing a Kickstarter campaign to publish his book FAIR WITNESS: Street Photography for the 21st Century. Dave’s work and book has the support of Eli Reed, Elliott Erwitt, Mary Ellen Mark, and many other significant figures of contemporary photography. Support his Kickstarter by pre-ordering a copy of FAIR WITNESS at http://bit.ly/fairwitness.