David Barrett prefer photographing other cultures and countries rather than his own so this time he travel to Cuba and concentrated on – Havana and Trinidad de Cuba. 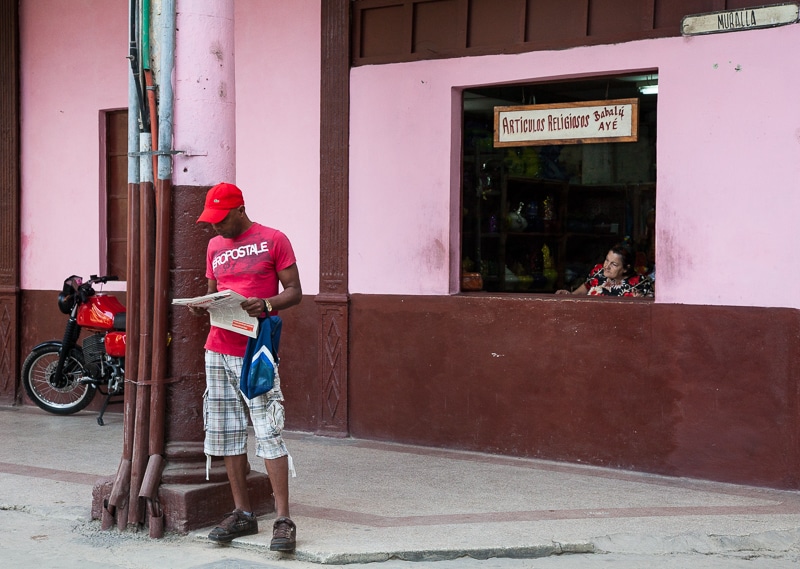 Please tell us a bit about yourself?

Hi. I was born in and continue to live in Exeter in the south west of the UK.  I have managed to see a fair amount of the world travelling for both work and pleasure, including living for a spell in New Jersey.  My wife and I no longer work, which enables us both to travel and photograph frequently. 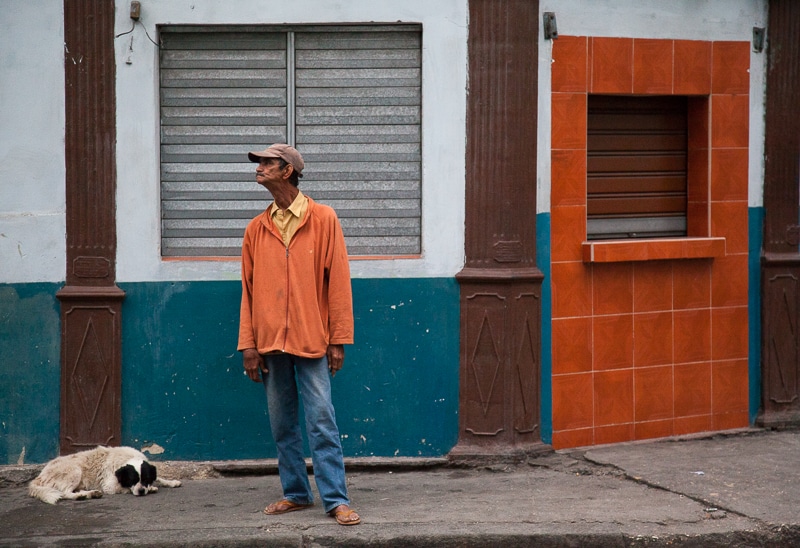 My sister gave me a secret Sam 127 camera when I was 12. I was hooked on photography immediately. Despite my passion, I decided to keep the camera as a hobby and not for employment.  This was long before the advent of the Internet, so my exposure to other people’s photography was primarily through newspapers, magazines, books, bill boards and photo-groups. For a long time I was reticent to photograph people, feeling it was an imposition; yet I always admired other’s people photography. Luckily in the last few years I have overcome this reluctance and am now love interacting with people on the street. 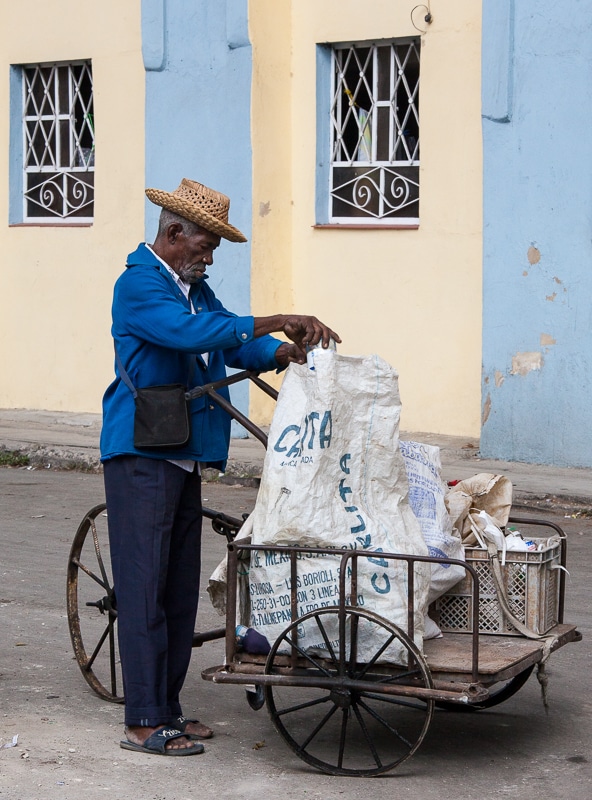 What inspires your photography?

Strangely, I am deeply impressed with monochrome but have no interest in converting my own images, this means that colour is more important in my photography than contrast and tonality. I particular enjoy a limited colour palette and those lucky moments when colours interplay. 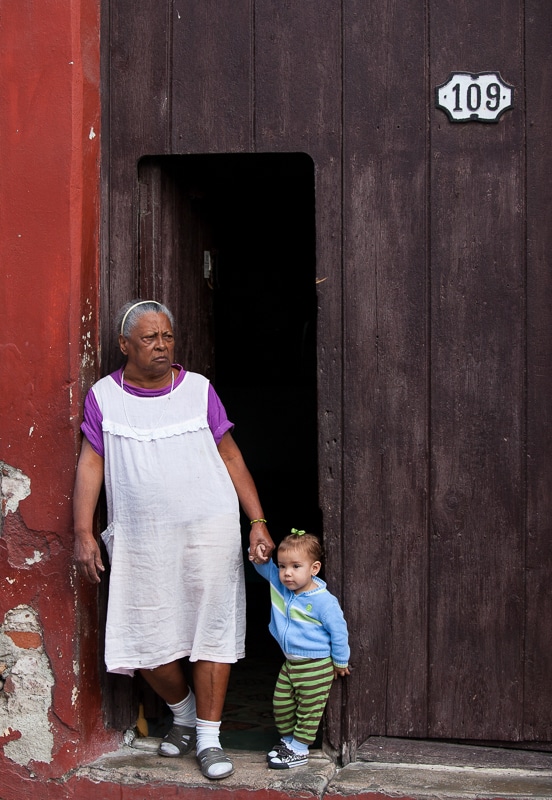 I much prefer photographing other cultures and countries rather than my own, i.e. those things which are different from my own environment. This has drawn me to South East Asia and ‘time-capsule’ countries like Myanmar and Cuba. I guess I am somewhat graphic in my approach as I make great effort to avoid cluttered backgrounds and bits and pieces encroaching into the frame, whilst wanting to include some idea of the environment rather than just taking portraits. 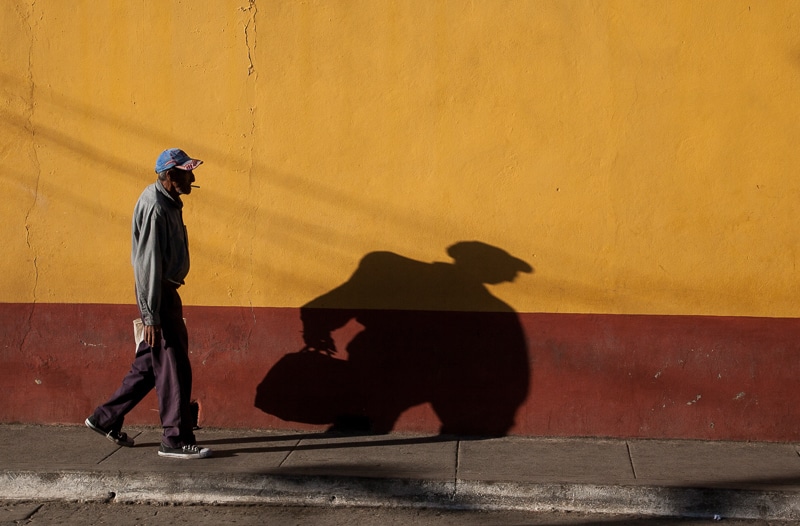 What does it mean to you?

The number one driver is my own satisfaction with an image and I think I am my toughest critic; if others also appreciate it, then that is of course rewarding. 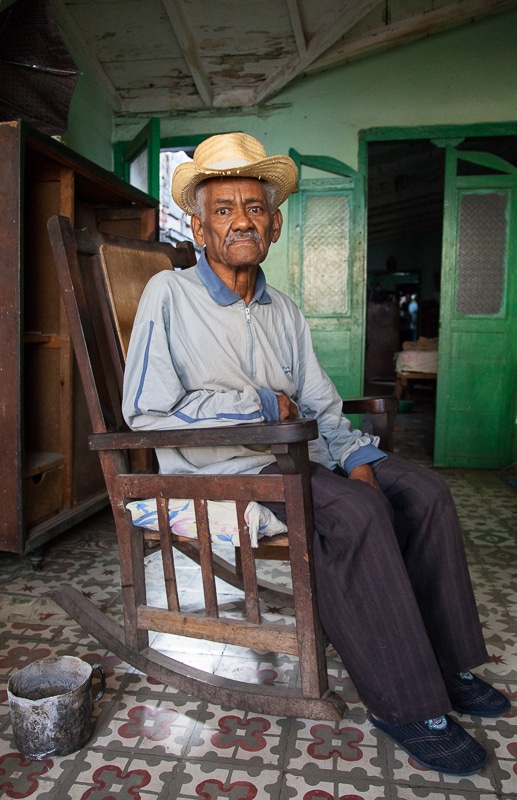 How did the project start?

I first visited Cuba in 2012 as part of a privately organised small group of street photographers. I was smitten at the easy going nature and friendliness of the Cubans. Then there were the colours and decay and… just everything really… However, the change in leadership and the thawing of relationships with the US were looking like things would soon change. Such change will no doubt be very good for most Cubans by providing them with what we and they consider being a better quality of life. 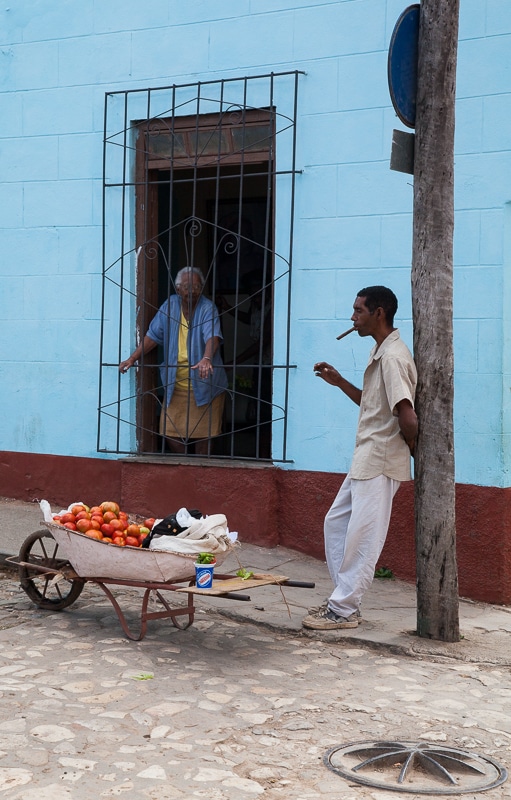 My wife and I agreed it was likely that within a few years some of those attributes that attracted us to Cuba would disappear. We therefore decided to return in 2013 to capture more images of the current lifestyle and look of Cuba before too much change had taken place. 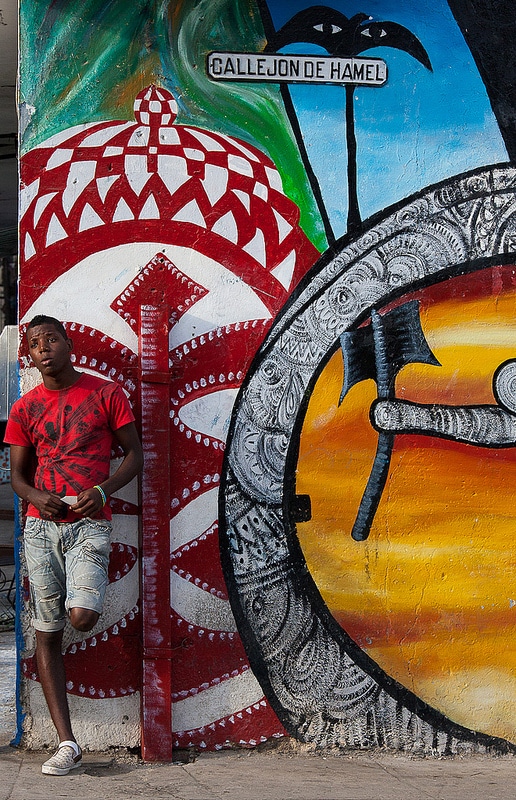 In less than a year, we could indeed detect a difference. New allowances in commercialism and increased tourism, us included, were indeed starting to change how people behaved. Fortunately the changes appear to be gradual. 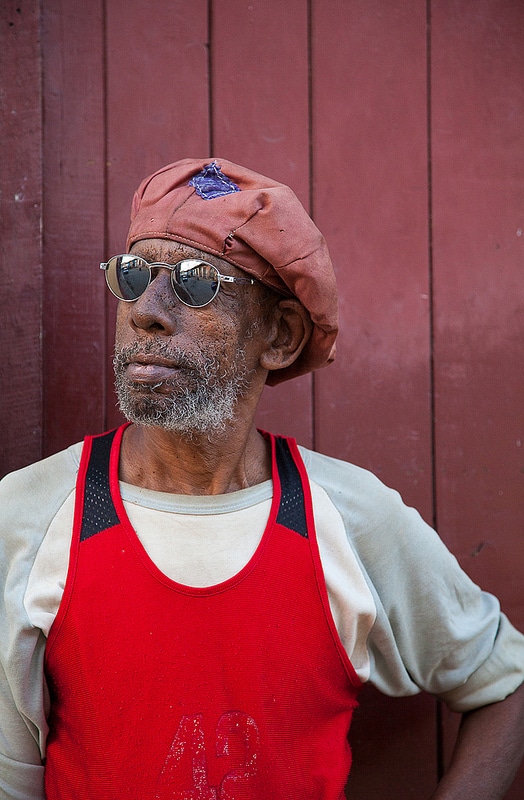 How did you approach the subject matter?

The places we concentrated on – Havana and Trinidad de Cuba –  are quite different, both in size and how they look. It was necessary to divide Havana into zones and visit different areas each day whist Trinidad is small enough that you can regularly revisit favourite spots and wait for something to happen.  My wife and I have the good fortune that we tend to see scenes quite differently; so even though we work together, we seldom take similar pictures. 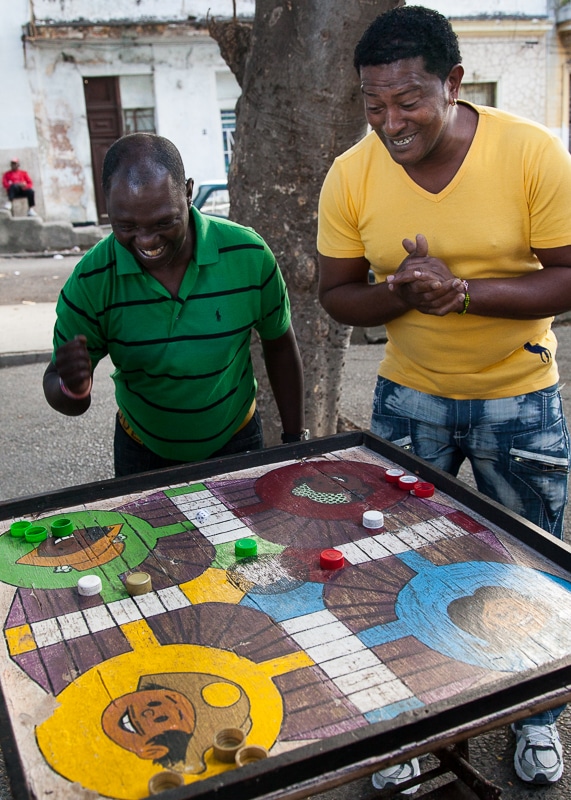 I am very open with people that I would like to photograph them, although if shooting from further away, this is not always necessary. Sometimes asking permission can be disastrous with the subjects putting on a pose or even just stopping what they are doing. However, if they say no, then I feel satisfied that I have done the right thing. 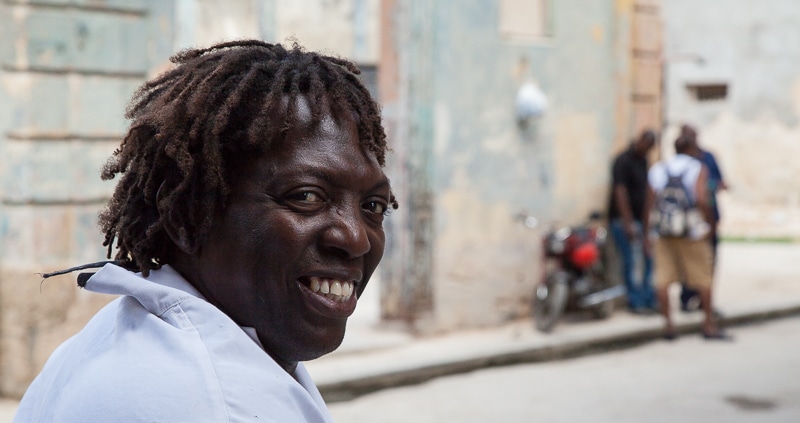 Having little or no common language does not really get in the way and once your subjects have relaxed, it is often possible to encourage them to act normal and resume what they were doing, even with a big black SLR pointing at them. Much of the time getting some degree of engagement in the photograph is also quite rewarding. Of course if I really do not want to risk losing a moment, I will shoot first and then OK it with the subjects afterwards.

What cameras did you shoot with and why?

The first ‘proper’ camera I owned was a Canon FTb and despite there being times when other systems might offer something better, I have stuck with the brand – apart from a spell with 6 X 6 and a Hasselblad. Originally I used prime lenses but now much prefer the versatility of zoom lenses because I am rather an opportunist photographer. 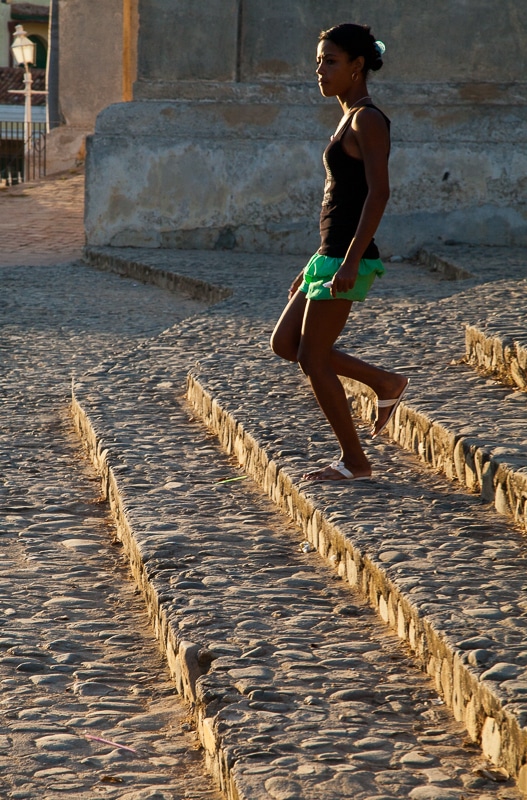 As I explained above, I don’t try to be secretive that I am out to photograph people so I can afford to carry large cameras. My current equipment is a pair of Canon 5DMkII’s, one fitted with a Canon 24 -105mm the other with the F4 Canon 70 – 200mm. Although the overlap is huge and I could use the Canon 24 – 70mm instead, I find the overlap useful as often you have the correct focal length to hand, rather than switching cameras. Also I dislike the very shallow depth of reasonable sharpness that the f 2.8 lenses can produce, so I save on weight and cost. Although the 5DmkIII is available and in some ways better than the MkII, I am put off by the overkill focusing system and other bells and whistles. 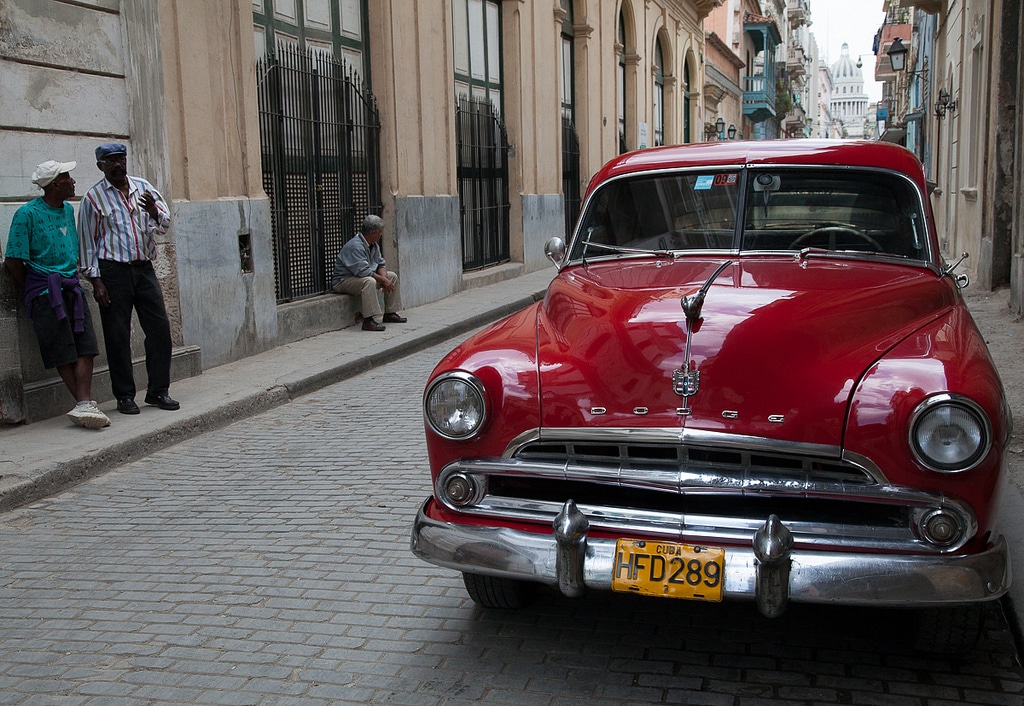 Although it will happen eventually, I am holding off from the new wave of mirrorless cameras. The compactness and weight saving is appealing and the resolution is good, but I’m put off by what I see as clunky menus and a lack of button or wheel driven functionality.

Not an anecdote, but I believe Weegee’s ‘f8 and be there’ is absolutely the best advice anyone will ever give! 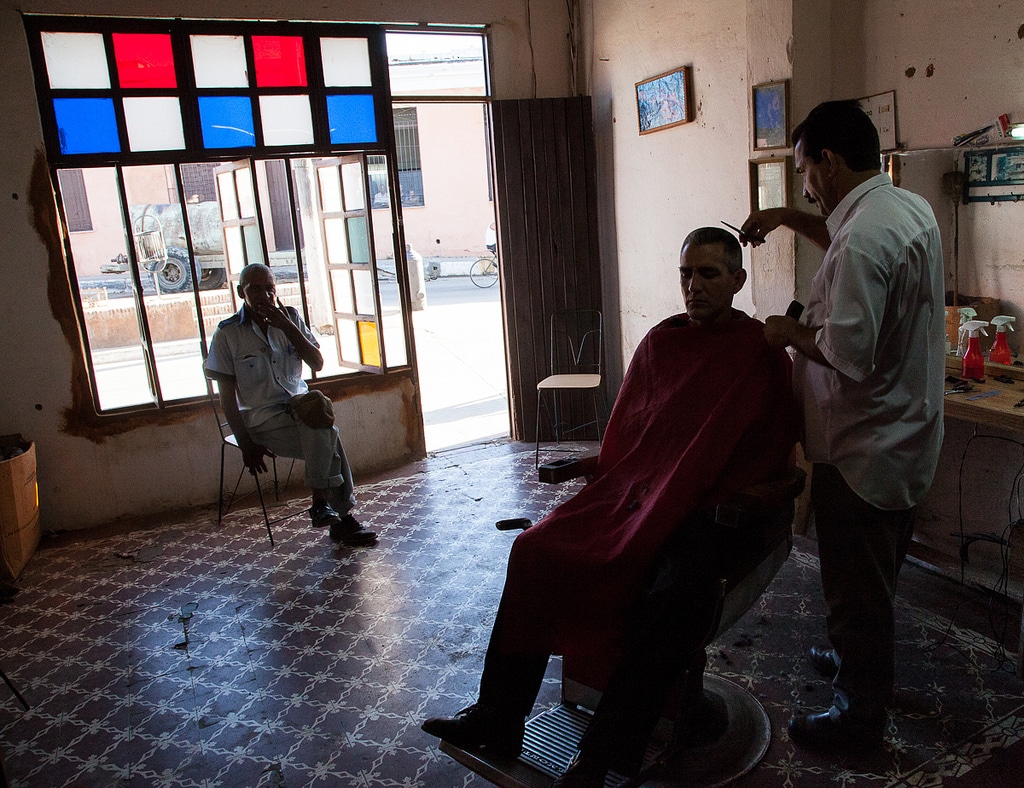 What are you looking for in street photography?

Good crisp images with a little something extra somewhere in the frame to make them interesting., ideally telling a bit of a story without the need for words. Exciting interplay of colour is an added bonus.

Just thank you for offering me this opportunity to show my work to a new and wider audience.

More of my work can be seen here http://www.flickr.com/photos/barrettz/albums