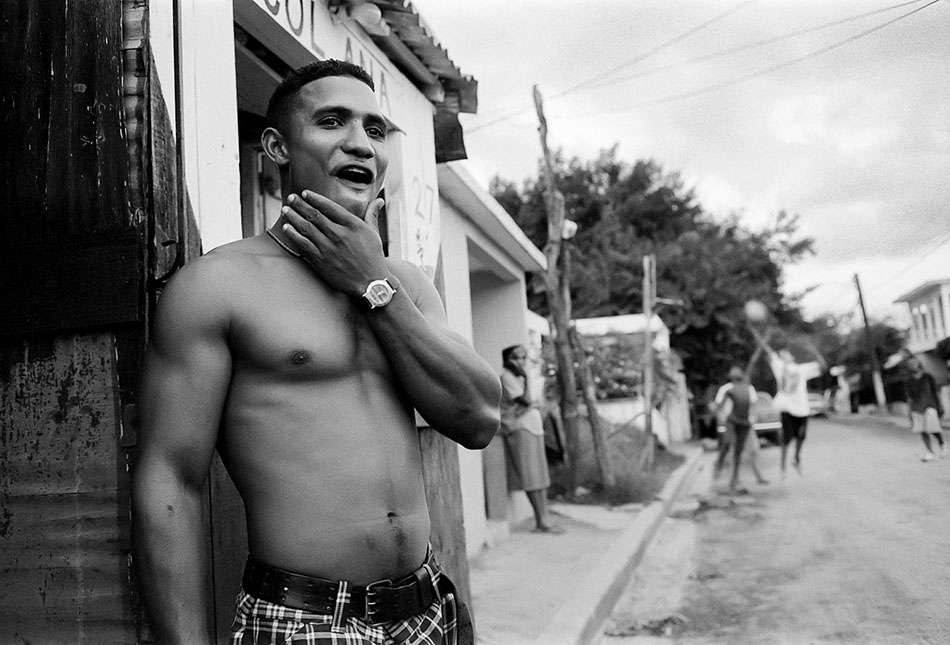 Arne Gjorne has some wonderful images from the Dominican Republic, his reader’s gallery images prompted me to send him a few questions about his project there.

Arne Can You tell us about yourself?

Sure! My name is Arne Gjone I am a freelance photographer from Norway, born in 1962. Since I was a kid I have always been very interested in art, and I used to draw, paint and play with graphic techniques throughout my teens. Later on I discovered photography and it became a passion. 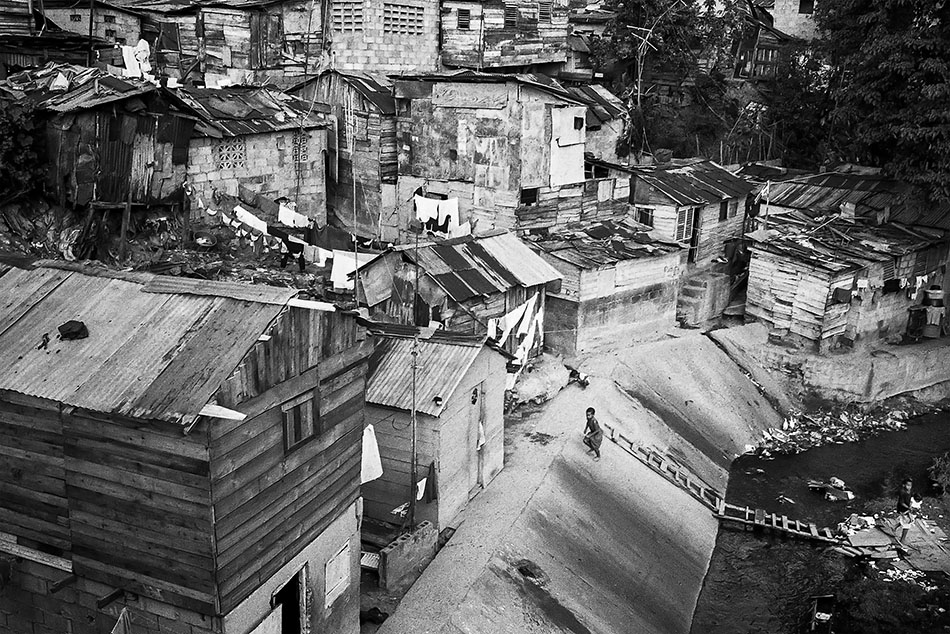 I do not have a formal education in photography, but I have a university degree in Spanish language, Social Anthropology and Science of music.

What inspired you to become a photographer? :

In my teens my biggest heroes was Leonardo Da Vinci, and I used to copy his anatomical drawings. I loved the charcoal sketches of Rembrandt. In photography I am completely autodidact, but trough my early interest in art and visual communication I gained an understanding of composition and framing. 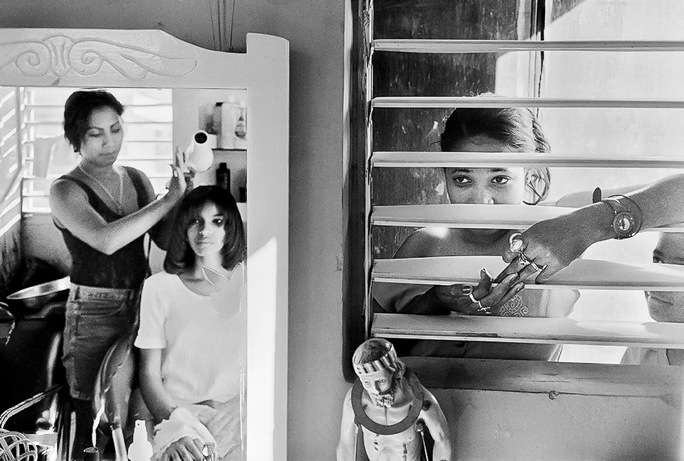 My main interests in photography are journalism, street photography and portraits. I used to work for daily newspapers, but in recent years I have concentrated on own documentary photography. 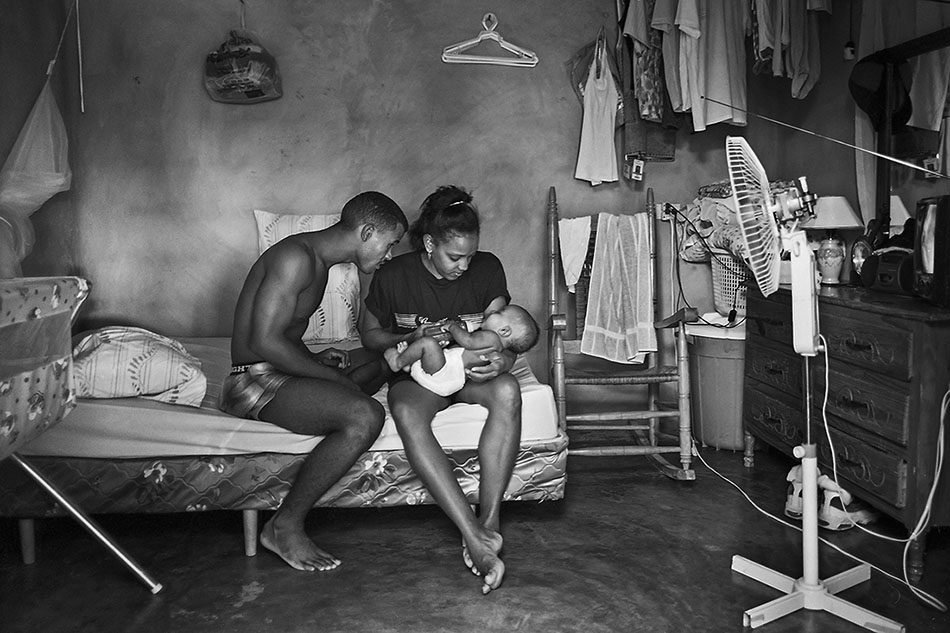 During autumn I work for a company that specializes in school photography. From late August till late November I take pictures of approximately 7000 pupils/students, both portraits and group pictures. This gives an economic boost to realize my own projects.
I think the idea of the free-roaming photographer is a myth, we all do what we can to support what we want to do. Where were these images shot and what gear did you use? :

The images I present here are all taken in The Dominican Republic, on four different journeys to the Caribbean island. Most of the images are taken in the city of Santiago de los Caballeros in the Cibao region of the island. The first time I went there was in 1992. 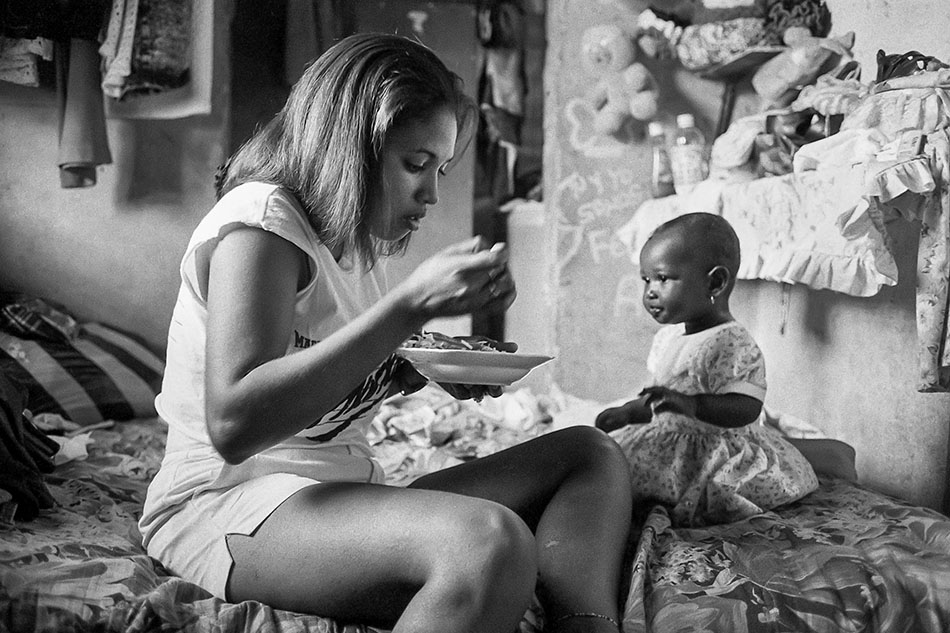 That was my longest stay there, about four months, and I returned in 1996, 1998, and 1999. This was before the digital era in photography began, so all images are analog and shot on black/white film. Mostly Kodak TriX 400 ISO and Agfapan 100 ISO. On my first trip I worked with Olympus OM1 cameras and a small and tiny Minox. In 1996 I had become a Leica photographer and I travelled with a Leica M6 and an old and beautiful M2. As a back-up equipment I brought a Nikon F4 and a Nikon FM2.

What did you want to show about the DR?:

Since I studied music I have always had a great passion for afro-latin music, dance and folklore. I went to Cuba in 1985 and 1986, with a piano playing friend, for the purpose of studying afro-cuban percussion, salsa and rumba. That was also when I bought my first Olympus camera, so I also took a lot of color slides there. 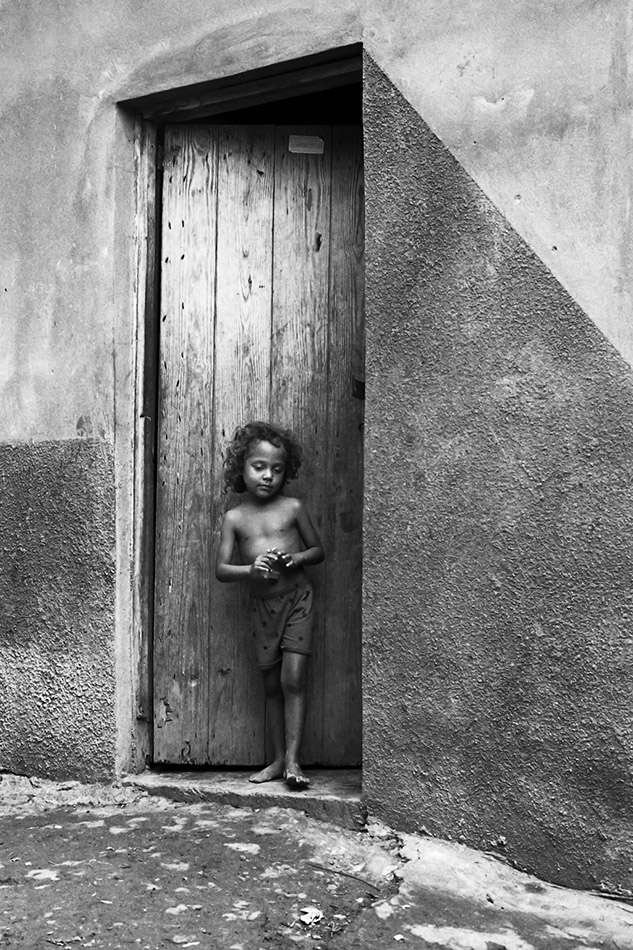 When I went to The DR, I did not have any definite photographic goal. I went to visit dominican friends who used to live in Norway. But I had learned b/w photography and darkroom techniques, and my need for making images on a daily basis was absolute. My picture taking was random in the beginning, shooting everything I saw. 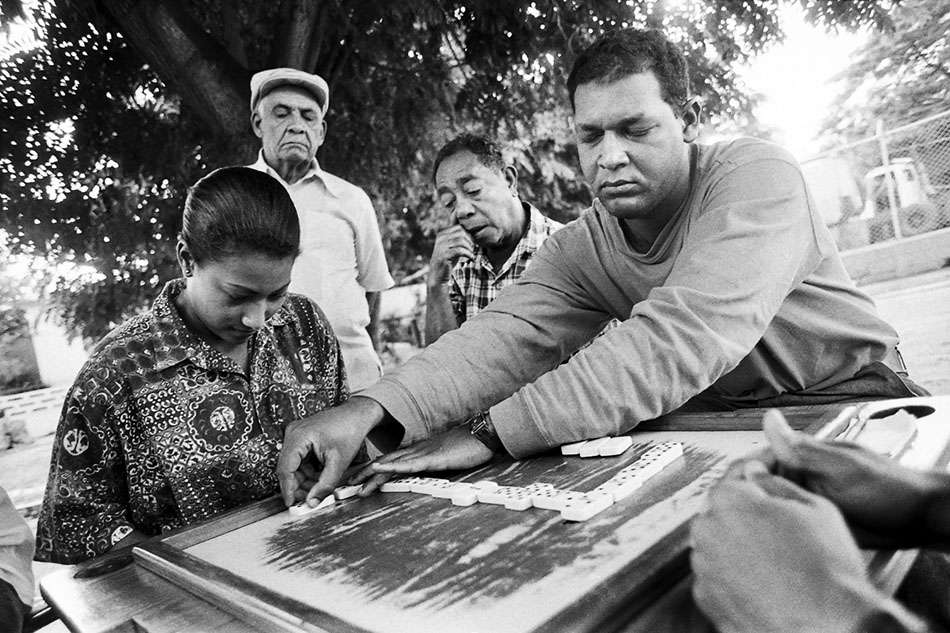 But since I went to visit people I knew I never stayed in any hotel. I rented an unfurnished apartment in a working class neighborhood. I soon came to know my neighbors, and one family in particular, and they became my main object on every trip. I still have contact with them until present. 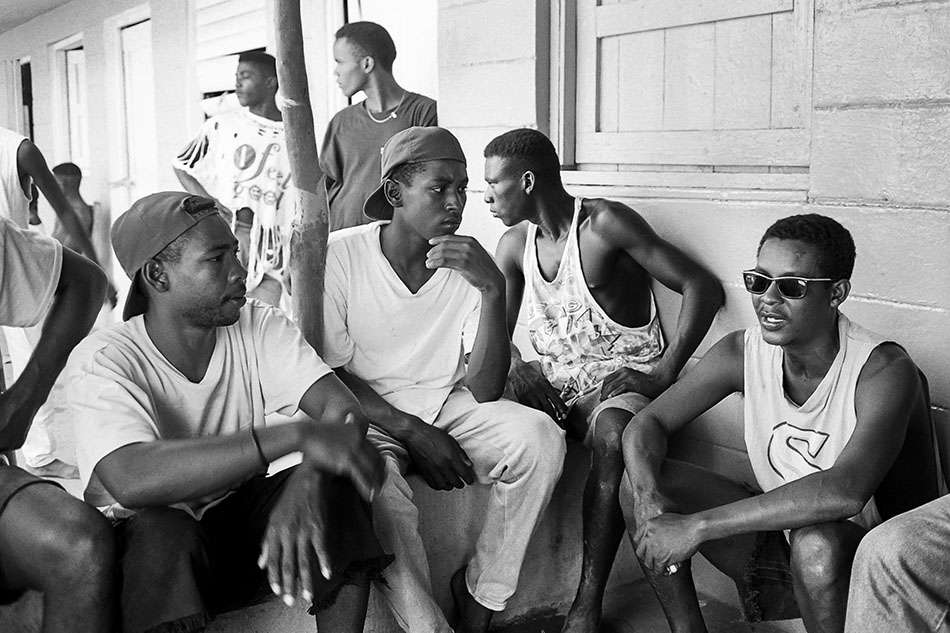 On the later trips I also took pictures for an Norwegian aid organization, which for many years have been involved in development projects in the haitian communities connected with the dominican sugarcane industry. Since I speak fluent spanish with a distinct carribean accent, and with my knowledge of afro-hispanic culture I have been able to penetrate into places and environments where tourists never go. 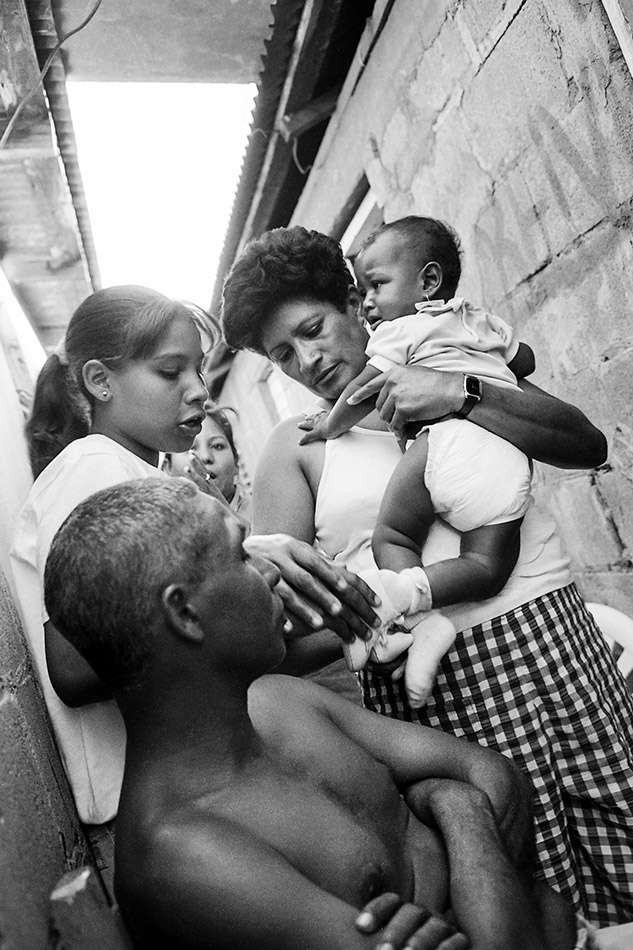 As I learned more about Dominican daily life and identity, and also how Dominicans relate to their Haitian neighbors and their own colonial and slavery past, this have been my center of interest. I have also been to Haiti twice, so I have seen that side of the border.

Ah yes, Haitian-Dominican relations are a touchy subjects and a large can of worms. How were you and your camera received?

Precisely because of my knowledge of the culture and language I was mostly well received, and did not encounter much resistance and skepticism. Of course, in the worst slum areas, there will always be a challenge to win trust. The heaviest resistance has always been in my own fear of stepping on people’s integrity. 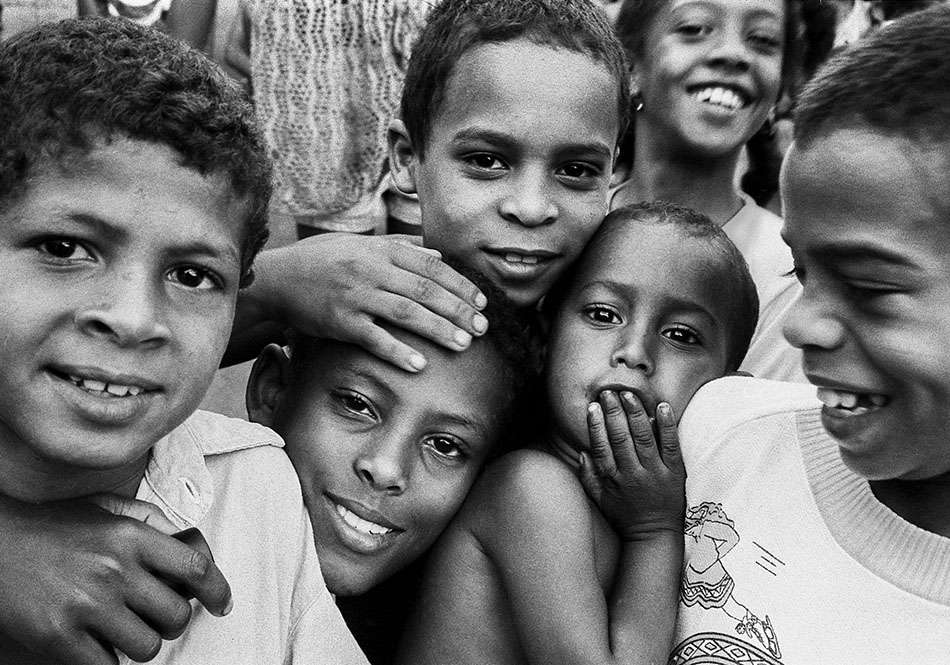 I am very careful not to shoot if I, in any way, feel that a person does not like it. I seek permission, even if it is not expressed by a verbal question and answer. In the case of the family I have known for all these years, the mother treated me like one of the family (maybe as a potentional son-in law). I sometimes ate with them and she insisted in me bringing my laundry. 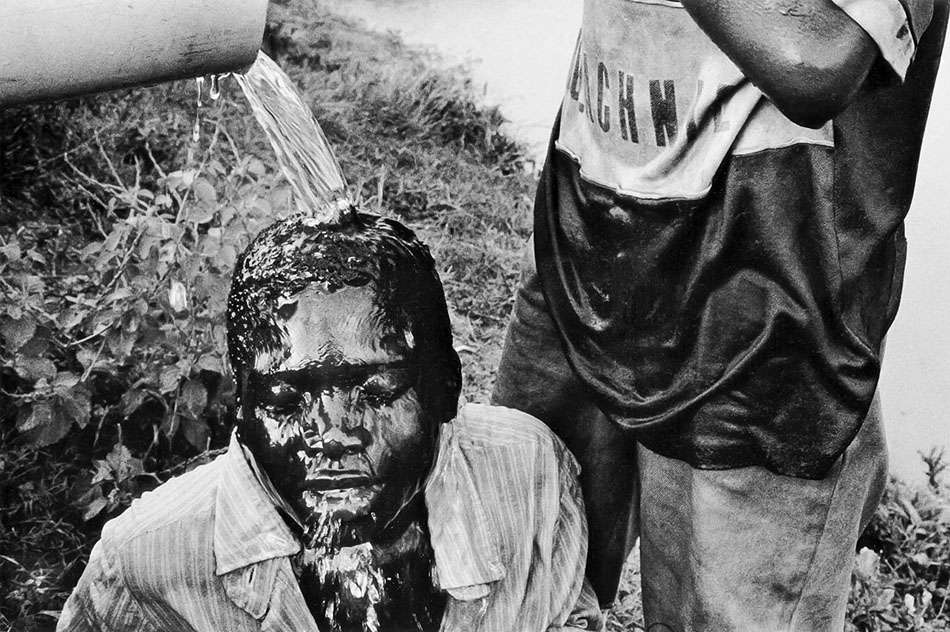 They got so used to the camera and what I was doing that eventually I could go as close as I wanted. And I have always given them copies of the best images. Access to people and communities in the DR has been quite easy thanks to language skills and, as a consequence, good contacts. In Haiti things became much more difficult and scary, but that is another story. 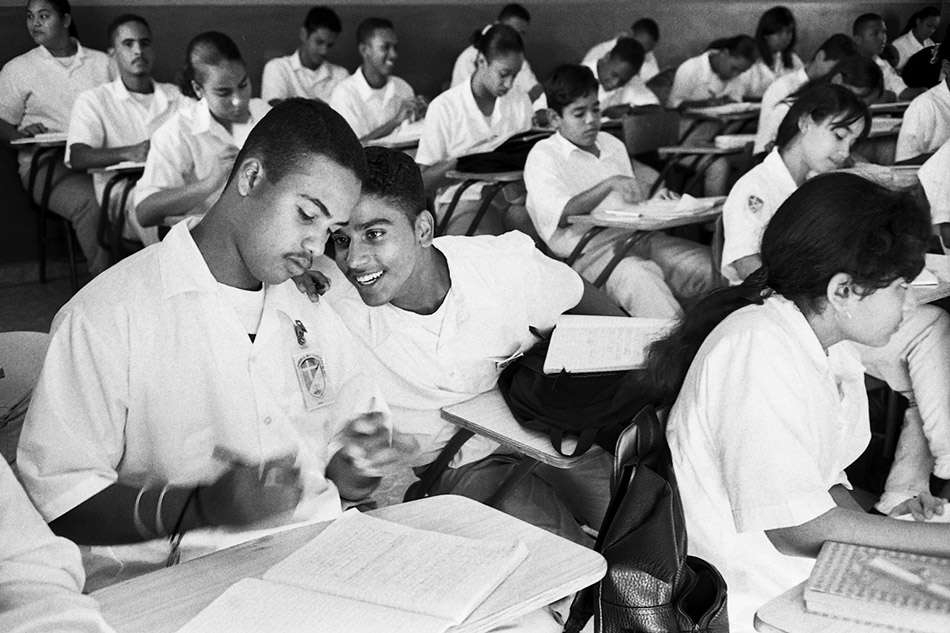 Thanks Arne for your answers and images, more of Arne’s work will be seen in a future issue of Inspired Eye. Please like his Facebook page.